Two members of the California LBGT caucus have introduced a bill to make sure all foster care kids struggling with transgender feelings have access to “gender affirming” counseling, puberty blocking drugs, and sex-change operations. AB 2119‘s primary author, Assemblyman Todd Gloria, (D-San Diego) says foster kids deserve the right to health services that reflect their gender identity, so they can “grow up safe, healthy, and be exactly who they are meant to be.”

But some medical professionals question the “thin” scientific evidence used to support the safety of puberty blocking drugs on children, while others call it child abuse. These doctors also question the wisdom of encouraging young children to identity as the opposite sex, when “they might otherwise have, as they grow older, found their gender to be aligned with their sex.”

According to California officials, biological parents currently retain the authority to make medical decisions for their children while in foster care, unless the court alters those rights or severs parental custody. This bill overrides that authority and mandates California county child welfare agencies provide foster kids with transgender counseling, drugs, and surgery, even if a parent objects. The bill requires these services to be provided at “the request of a child or non-minor dependent, or his or her caregiver, attorney, Court Appointed Special Advocate, or social worker.”

The law also specifically prohibits counseling from “licensed professionals or any other individual” … “aimed at aligning a child’s or non-minor dependent’s assigned sex at birth and gender identity.” Stated simply, that means if a five-year-old boy starts referring to himself as a girl, he can only be encouraged to believe his self perceptions about his sex. No attempt should be made by anyone to tell the boy, he really is a boy, if his feeling say something else.

Despite the medical community’s embrace of puberty blocking drugs and surgery as a treatment for transgenderism, some doctors across the country are calling into question these treatments as either questionable or abusive. One of those doctors is pediatrician Michelle Cretella, president of the American College of Pediatricians. She recently produced a video with the Daily Signal where she discussed the negative impact of teaching young children about transgenderism.

“Let’s be clear. To indoctrinate all children from preschool forward with the lie that they could be trapped in the wrong body disrupts the very foundation of a child’s reality testing. If a child can’t trust the reality of their physical bodies, who or what can they trust?,” Cretella asks. “Transgender ideology in schools is psychological abuse that often leads to chemical castration, sterilization, and surgical mutilation. If that is not child abuse, ladies and gentlemen, what is?”

Watch the full video below.

In a similar critique, three doctor/professors with expertise in pediatrics and psychiatry, published a paper last year questioning the popular practice of suppressing puberty with drugs and giving gender affirming counseling to children.

In their article, titled “Growing Pains,” doctors Paul W. Hruz, Lawrence S. Mayer, and Paul R. McHugh state counseling or parental affirmation of a child’s gender confusion can actually cause transgender feeling to become permanent, when children would have grown out of their feelings as they got older if left alone:

“…the medical treatments provided for children with apparent symptoms of gender dysphoria, including affirmation of gender expression from the earliest evidence of cross-gender behaviors, may drive some children to persist in identifying as transgender when they might otherwise have, as they grow older, found their gender to be aligned with their sex. Gender identity for children is elastic (that is, it can change over time) and plastic (that is, it can be shaped by forces like parental approval and social conditions). If the increasing use of gender-affirming care does cause children to persist with their identification as the opposite sex, then many children who would otherwise not need ongoing medical treatment would be exposed to hormonal and surgical interventions.”

“…the evidence for the safety and efficacy of puberty suppression is thin, based more on the subjective judgments of clinicians than on rigorous empirical evidence. It is, in this sense, still experimental — yet it is an experiment being conducted in an uncontrolled and unsystematic manner.”

AB 2119 has been assigned to the Assembly Human Services Committee for its first hearing, which will happen on April 10th.

Please call the members of the Assembly Human Services Committee below and tell them to oppose AB 2119. 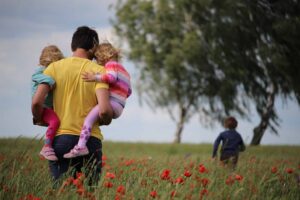 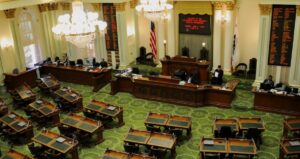