SACRAMENTO – On Sunday night, Governor Jerry Brown announced his veto of AB 569, a bill which would have punished faith-based organizations for freely exercising their First Amendment rights in an employment context. Specifically, it aimed to criminalize any contracts or employee codes of conduct related to abortion and sex outside of marriage.

AB 569 represented a key battle on religious liberty in Sacramento this legislative session. The bill’s author, Assemblywoman Lorena Gonzalez-Fletcher (D-San Diego), and its sponsor, NARAL Pro-Choice of California, said it should be illegal for religious organization to prohibit behavior related to “reproductive choices.”

But the Governor disagreed. In his veto statement, Brown cited the California Fair Employment and Housing Act (FEHA), which already bans “adverse actions” against employees due to “reproductive decisions.” Critically, Brown noted that FEHA provides a statutory exemption for “religious institutions.”

AB 569 attacked these protections, creating new rules in the labor code where there is no religious exemption. Brown disagreed with this assault on organizations’ constitutional rights. “I believe these type of claims should remain within the jurisdiction of the Department of Fair Housing and Employment,” Brown concluded.

California Family Council President Jonathan Keller, who testified against the bill in committee and whose organization helped organize the opposition, thanked Governor Brown for his defense of religious liberty.

“As the Supreme Court affirmed in Burwell v. Hobby Lobby in 2014, every organization’s religious freedom is protected by the First Amendment. To be faithful to their religious beliefs and core mission, they need the freedom to hire like-minded employees,” Keller explained. “Thankfully, Governor Brown recognized this and vetoed a bill that was a direct assault on the First Amendment rights of millions of Californians.”

California Family Council was particularly concerned about how AB 569 would have impacted organizations opposed to abortion.

“Every organization that promotes a pro-life message must be able to require its employees to practice what they preach,” said Keller. “The right to freely exercise one’s religion is enshrined in our Constitution, and has always protected every American’s ability to freely associate around shared beliefs and practices.”

AB 569 had two main provisions. First, the bill would have prohibited an employer from “any adverse employment action” against any employee who uses any “drug, device, or medical service related to reproductive health.” This would include all medical and chemical methods used by an employee or the employee’s dependents (including children up to 26 years old). According the author, Assemblywoman Gonzalez-Fletcher, codes of conduct regarding sexual activity outside of marriage would also be banned. An “adverse employment action” would include everything from termination and job reassignment, to a simple letter of reprimand or any other disciplinary action.

Second, the bill would have prohibited employers from even requiring employees to sign an employment document denying “the right to make his or her own reproductive health care decision.” As a result, religious organizations whose mission requires their employees to abide by codes of conduct prohibiting abortion, contraception, or even extramarital sexual activity would be prohibited. 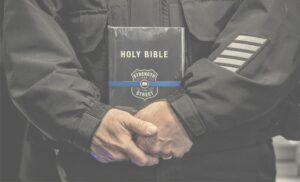