A Christian physician sued California in federal court last week over a recently signed law that forces doctors to facilitate a terminally ill person’s desire to kill themselves. The lawsuit, filed by Alliance Defending Freedom and the Life Legal Defense Foundation, accuses the state of violating the First Amendment free speech and religious liberty rights of physicians by compelling them “to choose between abandoning their livelihoods or obeying government commands that violate their religious conscience and compel them to speak and act in ways that contravene their religious faith.”

“California’s governor and state legislators have yet again disregarded the most sacred of our constitutionally protected freedoms,” said California Family Council President Jonathan Keller. “Christians get into the medical field motivated by their desire to follow Jesus’s command to love and care for their neighbors, not harm them. The state has no right to force medical professionals to violate their faith by requiring them to promote or facilitate killing their patients.”

When California’s Assisted Suicide law passed in 2015 it originally protected doctors who didn’t want to participate in assisted suicide in any way. But with the passage of SB 380, not only were some patient safety protections removed, but the definition of “participation” was changed to mandate all doctors to become part of the suicide process.

According to Dr. Lesless Cochrane’s attorneys from Alliance Defending Freedom, SB 380 compels doctors like Cochrane to provide patients information about California’s assisted suicide law; diagnose a patient as a terminal with six months to live, the first statutorily required step in the suicide approval process; document the date of a patient’s initial assisted-suicide request, which counts as the first of two required oral requests; and refer a patient to another provider to complete the suicide if a doctor has moral or professional objections to involvement. The Christian Medical & Dental Association, of which Cochrane is a member, is also listed as a plaintiff in this case.

“Our clients seek to live out their faith in their medical practice, and that includes valuing every human life entrusted to their care. Participating in, or referring a patient for, physician-assisted suicide very clearly would violate their consciences,” said ADF Senior Counsel Denise Harle, director of the ADF Center for Life. “No health care professional should be forced to act against their religious beliefs and medical ethics, and the state of California is wrong to enforce such coercion.”

The lawsuit describes Dr. Leslee Cochrane as a full-time hospice physician in California, who “seeks to live out his Christian beliefs in his practice of health care, including his belief in the sanctity of human life. It would violate his conscience to participate in assisted suicide in any way.” It also says Dr. Cochrane has witnessed firsthand how terminally ill patients can experience temporary physical, mental, or emotional distress, and how this makes these patients vulnerable to manipulation by family members who are encouraging them to commit suicide.

“In his role as a full-time hospice physician, Dr. Cochrane has observed at least one case where a patient had questionable mental capacity, yet the patient’s family members were strongly pressuring the patient to go through with assisted suicide,” the lawsuit stated.

“Allowing doctors to exercise their best medical judgment consistent with their personal moral principles has long been widely accepted in the medical community; that includes allowing them to decline to participate in ending a patient’s life,” said ADF Senior Counsel Kevin Theriot. “It’s vital that the state protect faith-based physicians so they can continue to offer their valuable services to their communities without violating their deeply held religious beliefs—the very beliefs that made them passionate to serve others through this profession.” 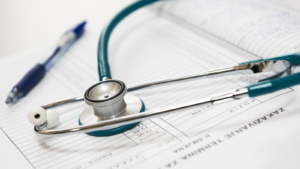