California churches are still being forced to help pay for abortions through their health insurance plans, after a legal challenge from three churches was dismissed by a federal court last Friday. And all the while, the California Department of Managed Health Care is continuing to force churches to not only pay for contraceptives, or the abortion pill, but also pay for dismemberment abortions.

Since 2014, churches have been required to cover abortions through their health insurance plans that they offer to employees. Under the Affordable Care Act, the California Department of Managed Health Care reclassified abortion as a “basic health service.” Following that classification, the Department of Managed Health Care mandated that all businesses, nonprofits, and even churches, who offered healthcare benefits to their employees to begin covering elective abortions immediately.

“If the state can force a church to pay for the very thing they counsel against, in violation of their constitutionally protected religious beliefs, then no American is secure,” said Jeremiah Galus, who is representing the churches through Alliance Defending Freedom.

Galus said they are considering whether to appeal the latest ruling.

“Churches should be free to serve their communities according to their religious beliefs without unjust government edicts that force them to violate those beliefs,” Galus continued. “California has no right to dictate what pastors or churches believe on moral and cultural issues. Yet, with the stroke of a pen—and without consulting the public—the state mandated that churches must pay for the taking of innocent human life.”

The lawsuit was filed by Alliance Defending Freedom and the Life Legal Defense Foundation in 2014 on behalf of Foothill Church in Glendora, Calvary Chapel Chino Hills in Chino and The Shepherd of the Hills Church in Porter Ranch.

The formal complaints argue that the mandate requiring churches and businesses to cover elective abortions costs through healthcare plans is a violation of federal conscience laws.

Prior to the 2014 mandate (which was pushed by the American Civil Liberties Union) requiring this of churches, even California’s own state employee healthcare plans paid only for “medically necessary” abortions not elective abortions.

This mandate is draconian, expresses hatred for Christianity, and disdain for conscience protections. How long will California’s Department of Managed Health Care be allowed to make a mockery of federal law at the violation of churches and the expense of the preborn? 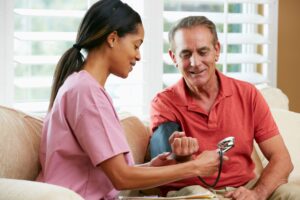