This October, the Commandant of the United States Marine Corps announced an intention to provide Marines with spiritual fitness training.

Encouraging! → The Marine Corps announced it is planning to develop a program of “spiritual fitness training.” https://t.co/Y7E9PbfLkb pic.twitter.com/9CuIDfEsF4

The Corps seeks to approach the fitness training of warriors in a holistic manner.  Besides the obvious physical training necessary for the success of Marines, the Corps noted that training to ensure “spiritual, mental, and social” fitness would also be incorporated beginning October.  The document states that:

By attending to spiritual fitness with the same rigor given to physical, social and mental fitness, Marines and Sailors can become and remain the honorable warriors and model citizens our Nation expects.

The statement emphasized that particular attention would be given to developing physical and spiritual fitness–perhaps particularly emphasizing the latter–since physical fitness has always been a renowned trademark of Marine Corps training.  No particular religion is promoted.

Marines are merely encouraged to give the same serious attention to spiritual fitness (according to their private faith persuasions) as to physical, mental, and social fitness.  Chaplain Rear Admiral Brent Scott said of the recent conflicts in Iraq and Afghanistan, “…much of the resilience we saw was not necessarily attributed to something that somebody could do in the gym.  A lot had to do with the heart and soul of the individual.”

In response, the Military Religious Freedom Foundation filed a lawsuit against the Marine Corps.  The stated purpose of the Military Religious Freedom Foundation is to ensure that “all members of the United States Armed Forces fully receive the Constitutional guarantees of religious freedom to which they and all Americans are entitled by virtue of the Establishment Clause of the First Amendment.”

The reasoning behind the lawsuit was that the Foundation saw the statement as a possible way for the military to promote Christianity.  Mikey Weinstein, the founder and president of the Military Religious Freedom Foundation, said that, “This is nothing more than a Trojan Horse for fundamentalist Christians to proselytize to a captive audience.  The moment we saw that, we reached out to our litigation team.”

Far from the proposed idea being some kind of fundamentalist Christian plot to preach to the military, Rear Admiral Scott stated that the purpose of the spiritual fitness training in question is simply to “build the mental resiliency that is necessary for war.”

A moral compass doesn’t just come from a faith foundation; it’s not enough to make a decision based on what is legally right or wrong.  Chaplains will help Marines discover that compass for themselves — that center of gravity that comes from their own upbringing, personal experiences, and religious teaching. 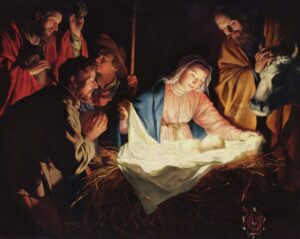 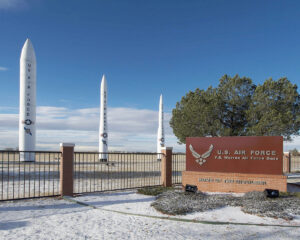