California Democrat legislators are working to make the state a safe haven for gender “transition” procedures for minors, and a new bill could mark a major step toward their dystopian future. Not only does S.B. 107 threaten families in California, but it endangers parents and children across the entire nation.

SB 107 just passed both chambers of the state legislature and sits on Governor Gavin Newsom’s desk awaiting a decision. This dangerous bill gravely undermines parental rights and leaves vulnerable children unprotected from the real-world consequences of gender ideology. It allows California courts to remove kids from the custody of parents who are opposed to their young children undergoing irreversible medical procedures, reported the National Review.

If Gov. Newsom signs S.B. 107, California courts will be given “temporary emergency jurisdiction” over any child in California, regardless of which state they legally reside in, allowing them to receive harmful interventions without parental consent. This attempt at severe government overreach violates federal law regarding jurisdiction over custody matters and the laws of the 49 other states which need to be respected according to the “full faith and credit” clause of the U.S. Constitution.

The bill would entice children from any state to flee to California and undergo bodily mutilation and sterilization before they’re old enough to understand the consequences of these actions. Further, any parent who opposes the lies being fed to their child will be met by forceful opposition made up by courts, police, and child-protective services.

Not only are legislators ignoring the wisdom of parents, but they are disregarding the clear evidence demonstrating the damage caused by gender “affirming” medical and surgical interventions on children.

The American College of Pediatricians’ found that 80 to 95 percent of children who suffer from gender dysphoria will eventually re-idenitify with their biological sex. Further, according to a recent study by the Heritage Foundation, increased access to gender “affirming” care doesn’t improve mental health outcomes. It only increases a child’s risk for suicide.

This decision is likely to come with legal consequences like those the Tavistock Clinic Gender and Identity Development Service (GIDS) is experiencing in the UK. One thousand families are suing the clinic over allegations that prescribing puberty blockers and cross-sex hormones that have dangerous side effects and is part of a reckless affirmative approach to children who believe they are the opposite gender.

If California decides to follow the unquestioning affirmative approach and undermine parental rights, a multitude of similar lawsuits are likely to emerge here as parents face the unimaginable anger caused by the mutilation and abuse of their children.

This is a radical attempt to take power away from parents and subject vulnerable children to dangerous, experimental procedures. Parents alone have the right to make medical decisions for their children, and it is far beyond the boundaries of California courts to take those deeply personal decisions into their own hands. 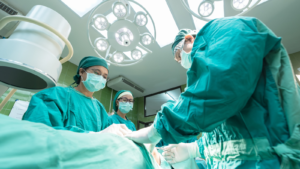