California lawmakers are considering two radical bills that could entice children to receive sterilizing gender “transition” treatments, and some California parents have had enough.

If passed, SB 923 would require physicians and health insurance employees to “complete evidence-based cultural competency training for the purpose of providing trans-inclusive health care.” Those doctors who refuse to provide these trans-treatments or refuse to use someone’s pronoun of preference could be sanctioned, and complaints against them made public.

Even parents who typically vote Democrat are speaking out this bill. “We’ve had enough of this extreme liberalism,” said Erin Friday, Erin Friday, a registered Democrat, told The Daily Signal. Friday runs a local Parents of Rapid Onset of Gender Dysphoric Kids Chapter. For more than a year, her teenage daughter identified as a male, but Friday was able to keep her from undergoing any surgeries or hormone treatments. “After she said, ‘I want to be called by a male name,’ … every teacher and every student called her by a male name. This was kept from me by the public high school,” said Friday. “I found out by hearing her on Zoom school.”

“It’s a forced curriculum that will be prepared by non-medical professionals and advocacy groups,” she said. “They are talking California state dollars and using them to advocate for gender interventions.”

Another bill, SB 107, will instruct CA courts and law enforcement to protect any doctor, parent, or child fleeing another state seeking to punish them for breaking its laws against trans-treatments for minors. But the bill also takes aim at the custody rights of parents in other states who refuse to let their gender-confused kids medically transform their bodies. If passed, SB 107 would empower California courts to take “temporary emergency jurisdiction” of children if they come to California for trans-drugs, surgery, or trans-affirmation mental healthcare even if they are brought to the state illegally.

“That means the California courts will decide what is in the best interest of that child. We’ve seen it in California; taking that child away from those parents, because the parents refuse to involve their children in experimental sterilizing-causing treatments,” said Friday. (Watch Friday testify against SB 107 above)

Another parent is also fighting back against gender experimentation on minors after being personally impacted by the craze. Ted Hudocko lost custody of his son to his ex-wife after trying to protect the 15-year-old from gender “transition” procedures. If SB 107 passes, more parents could lose their rights.

“It is absolutely going to encourage runaways to come to California. It’ll encourage parents in other states to abscond with their children,” said Hudocko. “As long as they get to California and claim a discordant gender identity, the California courts will assert jurisdiction.”

Researchers around the world are beginning to publicly acknowledge that the rush to impose “gender-affirming” treatments may be doing more harm than good. In fact, a recent Heritage study found that increased access to puberty blockers and cross-sex hormones has led to an increased risk for suicide among youth.

“Sex-change” surgeries are experimental procedures that mutilate a healthy body and can cause permanent infertility. The state has no business expanding a practice that has been proven to harm children while undermining parents’ right to protect their children.

Parents alone have the right to make medical decisions for their children, but California lawmakers want to allow judges and doctors to make life-altering decisions for children and their families based on false metaphysics.

Like Friday and Hudocko, parents need to stand up and fight back, not only by speaking out and spreading the truth, but by taking their frustration to the polls and voting for leaders who will protect parents’ rights and children’s safety. 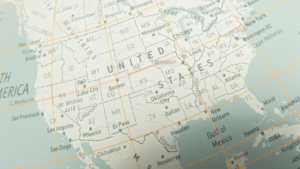