State legislators continue to push along a bill that will enable sex traffickers to more easily sell women on the streets of California’s poorest neighborhoods. SB 357 advanced through the Assembly Public Safety Committee along party lines last week even after legislators were warned this bill would increase the number of women forced into the most perilous type of prostitution: streetwalking.

“It is very dangerous for women working on the street to get into a stranger’s vehicle because they have no idea where the driver is going,” Marianne Jackson, a trafficking survivor and the facility director for Restoration Ranch Women’s Shelter, told committee members in a Capitol hearing last Tuesday. Her testimony against SB 357 also included a story of a streetwalker she knew who got into a sex buyer’s vehicle and couldn’t get out, because the passenger door wouldn’t reopen. “She was taken to an unknown location and robbed, beaten, and raped,” Jackson testified.

SB 357, ironically named the “Safer Streets for All Act,” is part of Senator Scott Wiener’s (D-San Francisco) effort to legalize prostitution. Although this bill doesn’t decriminalize prostitution, it eliminates the ability of police to make an arrest for “loitering in a public place with the intent to commit prostitution.” Wiener argues that police use this loitering law to discriminate against minorities. “Arrests… are based on an officer’s subjective perception of whether a person is ‘acting like’ they intend to engage in sex work,” Wiener explained in a press release. “Our laws should protect the LGBTQ community and communities of color, and not criminalize sex workers. …”

Also testifying against SB 357 were leaders of a Bakersfield, CA-based Christian anti-trafficking organization called Magdalene Hope. They disagreed with Wiener’s take on California’s anti-loitering law and believe it enables police officers to save women from their traffickers. Angie Bennett, a member of the Magdalene Hope board, has seen it first hand. “I have personally worked with seven women who have changed their lives because law enforcement detained them, but then called us,” she told legislators.

Magdalene Hope founder Dr. Doug Bennett warned members of the Assembly Public Safety Committee about the dangers of SB 357 from his experience doing outreach to over 10,000 individuals in the sex industry since 2009 and personally assisting 123 women out of sex trafficking. From Bennett’s research, he estimates that seven out of 10 people involved in prostitution are being trafficked, with the majority beginning in their early teens.

“I believe that legalizing loitering for the purpose of engaging in prostitution would be catastrophic and would allow traffickers to sell more minors and adults on the streets of California,” Bennett testified.

Although the Assembly Public Safety Committee voted 6 to 2 in favor of SB 357, Assemblyman Kelly Seyarto (R- Murrieta) spoke passionately against the bill because of its negative effect on black and brown communities. “Families that live in black and brown communities don’t want crime. They don’t want their kids exposed to crime,” Seyarto told his fellow legislators. “This bill takes a tool away from people who are actually trying to help these folks.”

Those that get arrested are cited and released, and given a chance to decide if they want to get away from their traffickers, he explained. We need to have more police involvement in preventing trafficking. “This is going in the exact opposite direction. This is making communities less safe,” Seyarto concluded. (watch his testimony here)

SB 357 now goes to the Assembly Appropriations Committee with a hearing expected sometime after August 16th. 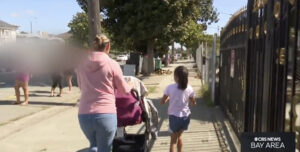 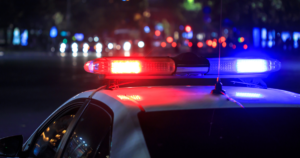