Ignoring the thousands of lives destroyed every year by illicit drugs, Senator Wiener (D-San Francisco) recently announced on Twitter his intent to end California’s “war on drugs.” Encouraged by the recent decriminalization of some psychedelic drugs in Oregon and Washington D.C., Wiener plans to start his new crusade by introducing a bill to legalize psychedelic drugs, such as LSD, Magic Mushrooms, and Ecstasy. He also plans to continue his push for “safe” injection sites where drug addicts can use clean hypodermic needles to inject themselves with dangerous illegal drugs like heroin under the supervision of a nurse.

“When the legislature reconvenes, I’ll introduce legislation to decriminalize psychedelic drugs,” Wiener wrote in a November 10 tweet. “These drugs have been shown to have medicinal value treating depression, PTSD, and other conditions.”

In a subsequent tweet on November 20 he said this bill is only the beginning. “To be clear, decriminalizing psychedelics is simply one step in ending the War on Drugs,” Wiener wrote. “We ultimately need to decriminalize all drug use and stop putting people in prison for drug use and possession. We’re working on all of this. But for now, let’s get it done with psychedelics.”

Psychedelic drugs are hallucinogens capable of altering perceptions and thoughts, and include drugs such as Lysergive Acid Diethylamine (commonly known as LSD or Acid), Esctacy, Magic Mushrooms, Peyote, and Morning Glory Seeds just to name a few. According to the Federal Drug Enforcement Administration, many hallucinogens are Schedule I under the

Controlled Substances Act, “meaning that they have a high potential for abuse, no currently accepted medical use in treatment in the United States, and a lack of accepted safety for use under medical supervision.”

Although directly dying from an overdose of psychedelic drugs is rare, people do indirectly severely injure or kill themselves, because, as in the case of an LSD overdoes, “people are largely unaware of what they are doing,” according to the American Addiction Centers. Other potential side effects include extreme anxiety, panic, paranoia, aggression towards others (including homicide), and “features of psychosis that don’t immediately end when the LSD trip is over.”

Details regarding Wiener’s drug legalization bill will be released sometime after the new legislative session begins next month. Wiener co-sponsored a bill with Assemblywoman Susan Eggman earlier this year, AB 362, to create “safe” injection sites in Oakland and San Francisco, but the bill stalled in the Senate. It sounds like Senator Wiener plans to reintroduce this bill again with hopes that a potential Biden Administration will end the federal hostility towards his plan. 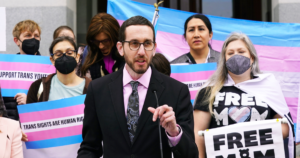 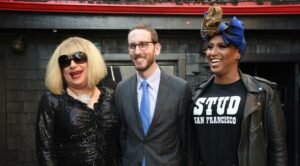