Governor Newsom Tells Churches They are Months Away from Opening; Some Pastors Aren’t Having It

Last week, California Governor Gavin Newsom revealed additional details regarding his four-phase plan to reopen the state. While daycare centers and schools could start opening up very soon as part of Phase Two, in-person church services were categorized with personal care businesses like gyms and salons, which are months away from opening as part of Phase Three.

That isn’t sitting well with some Christian leaders who have pleaded with the governor to let congregations gather for worship, while adhering to social distancing policies and procedures currently used by businesses and government offices considered “essential.”

Some of those leaders include Rev. Samuel Rodriguez, president of the National Hispanic Christian Leadership Conference, and Dr. John Jackson, president of William Jessup University, who asked Newsom to let churches open slowly over the next three months.

“We are mindful of our nation’s proud heritage of religious liberty, established from its founding as a place of refuge and respect for people of faith,” Rodriguez and Jackson stated in a joint statement. “We join together respectfully urging California’s governor, county supervisors, mayors and other civic leaders to support the reopening of church gatherings in ways that are sensitive to public health concerns as well as providing for the fundamental freedoms so richly encouraging to personal and societal well-being and ensconced in our founding documents.”

But so far, requests like this have fallen on deaf ears.

“If we pull back too quickly and walk away from… the commitment to stop the spread,… it could start a second wave more damaging than the first,” Newsom said during his April 28th press conference. “We are not going back to the way things were until we get the kind of immunity that all of us looks forward to or a vaccine we look forward to.”

After hearing Newsom’s intent to keep church services closed for a nonspecific amount of time, months into the future, a group of pastors decided they have had enough. This week they announced plans to open their churches for in-person services on May 31, the 1,990th anniversary of the original Day of Pentecost that occurred in the year A.D. 30.

Representing the interests of hundreds of pastors, churches, and ministries in California, Advocates for Faith & Freedom and The National Center for Law and Policy, released a press release and a letter to the Governor announcing plans for the May 31 reopening. Five pastors specifically mentioned in the letter include Pastor Jack Hibbs of Calvary Chapel Chino Hills, Pastor Jim Domen of Church United, Pastor Jim Franklin of Cornerstone Church, Pastor Tim Thompson of 412 Church, and Pastor Ryan Sharp of Impact Church.

“We fully support reasonable measures to help flatten the curve and the faith leaders take their responsibility to do so seriously,” Advocates for Faith and Freedom Attorney Robert H. Tyler wrote in a letter to Newsom on behalf of the pastors. “The interest in public safety; however, must be balanced and narrowly tailored to accommodate the faith leaders’ and community’s interest in accessing religiously-based social services and in exercising their religious freedom.”

“The indefinite nature of the restrictions on faith-based meetings is in violation of the very principles this country was founded upon,” Tyler wrote. “The Declaration of Independence was established in a time of fear and distress, but our founding fathers led the colonies with courage and conviction. … Our founding fathers did not intend to allow a single individual to establish law that permits the infringement upon individual liberties recognized in the Constitution. This is especially true where, one individual has issued executive orders to suspend the religious liberty of individuals to assemble together in worship of God.”

Tyler then argues that if the courts and the legislature will not protect the individual liberties of the people in this time of crisis, the clergy will step into the gap as a “counterbalance to unchecked regulatory action.”

“In order to restore the proper balance between public safety and individual liberties, the clergy we represent have declared their intent to begin holding in-person church services beginning on Sunday, May 31, 2020. All services will be held in compliance with CDC and state guidelines for social distancing as is required of “essential businesses,” he wrote. 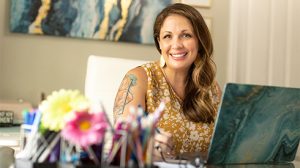