A federal lawsuit against the California State University – San Marcos concluded last week after university officials agreed to change student fee policies for its 23 CSU campuses and pay $240,000 in fines for violating the constitutional rights of Students for Life leader Nathan Apodaca.

Nathan filed a lawsuit back in 2017 with the help of Alliance Defending Freedom after his university refused to approve a $500 request to use student fees to bring a pro-life speaker to his university. The denial of such a small amount didn’t seem fair considering other more favored groups, like the Gender Equity and the LGBTQA Pride centers, received almost $300,000 to promote their message on campus.

The campus LGBTQA Pride Center paid Dr. Sayaka, a professional sexologist, for a presentation entitled “Kink 101,” an interactive workshop covering sadism, bondage, dominance, and masochism.  This center’s other events included “The Coming Out Monologues,” a theater project “celebrating the diversity of experience and identity in the coming out journey,” and Gaypril, a month-long celebration of lesbian, gay, bisexual, transgender, and questioning community with lectures, discussions, and a pride festival.

In the end, federal court agreed that California State University had engaged in viewpoint discrimination against Nathan and his pro-life club.

“Public universities should encourage all students to participate in the free exchange of ideas, not create elaborate and secretive funding schemes to fund their favorite groups while excluding opposing views from equal access,” said ADF Legal Counsel Caleb Dalton.

“We’re grateful the district court rejected the university’s unfair, secretive, and discriminatory policy, and that the university has agreed to allocate student fees only in a viewpoint-neutral manner, instead of picking favorites. The university system’s policy changes don’t simply benefit our clients but also benefit any student with a minority viewpoint and every citizen who cares about dialogue and intellectual freedom within our public colleges and university communities.”

With almost half a million students and 23 campuses, the California State University is the largest four-year university system in the United States. As a result of this case and the post-judgment settlement, the Chancellor’s directive orders all 23 campuses to review and revise their policies to comply with the Constitution’s viewpoint-neutrality requirement.
Read more about the case here and here. 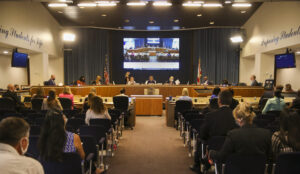 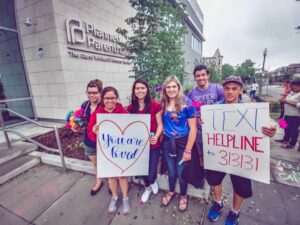