Pope Francis Calls Right to Life the “Most Fundamental Right”

During a recent meeting with American bishops, Pope Francis condemned abortion as a violation of the “most fundamental right.”

The Pope told the bishops that protecting human life, especially the lives of unborn babies is a “preeminent priority.”

According to Catholic News Agency:

Archbishop Robert J. Carlson of St. Louis told CNS it was “beautiful” when the pope explained why life was the number one, most important issue, “because if you’re not alive you can’t do anything else.”

Carlson said they also talked about the importance of supporting pregnant women and making sure they have the resources they need to support that life.

The Pope said that human life is “The most fundamental right. This is not first a religious issue; it’s a human rights issue,’ which is so true.”

Archbishop Joseph F. Naumman, of Kansas City, Kansas, and chair of the U.S. Conference of Catholic Bishops’ Committee for Pro-Life Activities, relayed his conversation with Pope Francis to the Catholic News Service on Thursday.

Neumann stated that Pope Francis seemed shocked when it was brought up that more than 61 million unborn babies have been aborted in America since Roe v. Wade.

“I think the pope was truly kind of stunned by that number,” Naumann said. “Sadly, our abortion policies are one of the most liberal in the world. The fact is that it really is literally for all nine months of pregnancy. Most other nations don’t permit (abortions) at least at a certain point in the pregnancy.”

The United States is just one of seven countries in the world – including China and North Korea that allow elective late term abortions.

Pope Francis has been a leading voice for life in the world. In 2018, he caused outrage among abortion activists after comparing abortion to “hiring a hitman” to kill unborn babies. He frequently condemns abortion, describing aborted babies as victims of a “throwaway culture.” 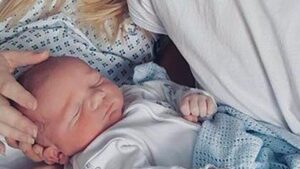 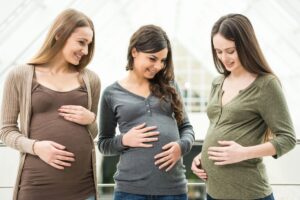 Being Pro-Birth is Only a Part of Being Pro-Life

Being Pro-Birth is Only a Part of Being Pro-Life