“I’m not immoral. I’m not a liar… . It’s not condescending,” Senator Connie Leyva said defending herself before a crowd of offended parents gathered in the Senate Education Committee at California’s state capitol earlier this month. Her audience of over 140 were there to advocate for a sex education transparency bill, SB 673, Senator Mike Morrell had introduced for elementary school students.

Leyva’s cries of innocence came after her audience reacted to being told their overblown reaction to sex education lessons, she considered “age-appropriate,” was due to misinformation about what is in the curriculum. Leyva also speculated the controversy generated by the state’s sex education stemmed from parents “afraid” to talk to their children about sex.

Those comments didn’t go over well with parents and organizations who have been monitoring the increasingly graphic sexuality lessons being introduced to younger and younger children since the implementation of California’s comprehensive sex education law, AB 329. One of those parents was Denise Pursche. She testified at the hearing of how Mt. Diablo Unified School District officials stonewalled her attempts to see 11 comprehensive sex education lessons for her twin fifth graders. According to Denise, once she finally got to see the content after a month of asking, she understood why the district was hiding the sexually graphic curriculum. Denise said some of the lessons were definitely not age-appropriate for her 10-year-olds. (See one of the lessons here.)

To ensure parental oversight and to prevent the sex education curriculum from being hidden from parents, Denise decided to draw up a legislative proposal that turned into SB 673. The bill had two simple provisions: It required school districts that teach elementary-age comprehensive sexual health and HIV prevention to put that curriculum online for easy and convenient parental review. Secondly, it restores the right of parents of elementary-age students (TK-6th grade) to opt their children into comprehensive sexual health and HIV prevention education courses, rather than passively opt their children out.

Over the past several months, Senators on the Senate Education Committee received tens of thousands of letters and phone calls in support of SB 673. On top of this, 47,500 people signed an online change.org petition advocating for the bill.

Then on January 15 parental rights and faith-based organizations, including the California Family Council, gathered supporters at the capitol as the Senate Education Committee, chaired by Senator Leyva, heard testimony for and against SB 673. The hearing remained tame at the beginning.

Witnesses for the bill, like National Center for Law and Policy President Dean Broyles, reiterated how the Supreme Court had repeatedly affirmed that parents have “the fundamental right to direct the care and upbringing of their children, not the state.”  He told stories of how his organization had received many complaints from families across California who faced “barriers to accessing and reviewing the sexuality programs in their schools.”

Also speaking in favor of SB 673 was Dr. Ahmed Soboh, a dentist and the chairman of the Islamic Shura Council of Southern California. “Every parent no matter your age, your gender, or your religion cares about the freedom to educate and protect their children,” Soboh testified. “I cannot clean kids’ teeth without a very detailed consent signed by one of the parents… . I’m sure that cleaning the teeth of a 10-year-old boy or girl is much less serious than teaching them about sexuality.”

Testifying in opposition to the bill were representatives from the California State PTA and Equality California. An opt-in “creates a barrier that would result in students being unnecessarily and unintentionally withheld from class and deny many students who are low income, homeless, or in foster care the public education they deserve because of other parents’ views,” argued Tami Martin, Legislative Manager for Equality California.

Marilyn Lucey, speaking on behalf of 700,000 California PTA members, said her organization didn’t like the opt-in parent signature required by the bill, but was favorable to requiring sex education lessons being put online for easy access.

After several legislators asked questions and made statements, the hearing became tense after Sen. Leyva starting making remarks that upset the audience. It started when Denise testified that her own superintendent wanted to offer an opt-in for sex education lessons, “but the law prohibited it.” Leyva piped up immediately speaking directly to Denise. “I would say to your superintendent, below seventh grade, K-6, every elementary school district in the state has the opt-in right.” This was a false statement, and the parents in the crowd knew it. Leyva’s own legislative analysis states existing law “prohibits a school district from requiring active parental consent (“opt-in”) for sexual health education for pupils of any grade.”

The trouble escalated near the end of the hearing when Levya took the opportunity to give parents a “lecture,” as Senator Morrell called it, about parenting. After telling parents how she allowed her twin daughters to receive sex education in school, she questioned whether parents in the audience had even looked at the curriculum.

“I don’t know how many folks in the room have read the education material that would be presented. There is nothing in there that is not age-appropriate,” Leyva said, with some audience members unable to contain their frustration. “I don’t lie,” the Senator said responding to a parent in the crowd.

Levya then proceeding to say there are rumors out there saying that California’s sex education curriculum includes teaching about anal sex, kinky sex, phone sex, etc.  “If you look at the curriculum it is not there,” she insisted. Many of her audience members knew this wasn’t true. For example here is a high school sex education lesson from a popular California publisher called “Be Real. Be Ready.” that encourages students to review in class a website called Scarleteen: Sex Ed for the Real World. The website includes graphic details about all the sexual practices, and then some, Levya said wasn’t “there.”

Then Levya said something many parents considered condescending. “I think what part of the problem is, is people are afraid to talk to their children about sex,” she accused.

At this point, sensing she was losing control of her hearing, Levya turned to Senator Morrell for help. “Senator Morrell, maybe you can ask your witnesses to be respectful of the process,” she said.

Turning to the crowd Morrell tried to settle them down. “I would ask you to be respectful,” he said. Then turning back to Leyva Morrell said, “but also they’re parents you are lecturing, so…”

“I’m not lecturing,” Leyva shot back. “I’m giving my opinion. You know what, but we’re done. I’m recommending a no vote on the bill.” And with that statement, the debate was over. Morrell gave closing remarks and then the committee voted. Democrat senators Maria Elena Durazo, Steven M. Glazer, Connie Leyva, Mike McGuire, Richard Pan voted no, while Republican senators Scott Wilk and Ling Ling Chang voted yes.

Despite the defeat on this bill, the issue of sex education transparency and the rights of parents to oversee and supervise what children learn in public school continues. There is talk of splitting SB 673 into several bills and reintroducing them this legislative session. Details of that plan will be released in the next several weeks.

At a rally on the step of the capitol before the hearing, Morrell told parents, “I believe the battleground for the soul of America starts right here in California. … Proverbs says that the duty of a parent is to leave an inheritance to our children’s children… that’s beyond money… Parents should have rights. The government bureaucracy has become too big too powerful dictating to us what our kids should learn.” 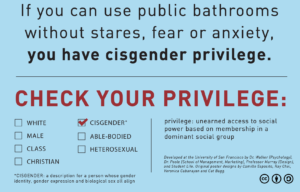