Students For Life Delivers 19,000 Handwritten Petitions to Gov. Newsom in Opposition to SB 24

This week, Students for Life of America teamed up with Pro Life San Francisco and Californians for Life to hand deliver 19,000 handwritten petitions at the California State Capitol to the office of California Governor Gavin Newsom.

The petitions are in opposition to SB 24, a bill that would require all of California’s public university health centers to become on-campus RU-486 abortion pill regimen dispensers. RU-486 is an abortion pill that terminates pregnancies up to ten weeks, and can prove to have harmful side affects for the mother.

Abortion advocates say that usage of the abortion pill is harmless to the mother, but accounts from women who have taken the abortion pill certainly have had negative side effects. According to the FDA, at least twenty-four women had even died from complications resulting from taking the abortion pill.

According to Students for Life:

Wynette Sills, Director of Californians for Life, led a coalition of the state’s pro-life leaders into a meeting with the staff of Governor Newsom. The leaders voiced their main concerns concerning the bill, including medical risk, increased liability for the universities, lack of conscience protections in the bill, and unresolved financial questions.

There are 24 confirmed cases of women dying after taking the abortion pill. There are thousands of confirmed hospitalizations and other adverse effects as a result of the drug. And it’s been admitted that for up to 15% of mothers (15-75 students per month), her RU-486 suffering would fail to complete the abortion, requiring a surgical follow-up. RU-486 is a powerful two pill concoction that young women are sent home with and wished “good luck.” Unable to diagnose themselves, women may hemorrhage or experience other life-threatening effects without knowing their danger. These top-priority risks, along with the lack of adequate medical infrastructure on campuses, has raised the specter of increased university liability. Schools are not equipped to save women from botched abortions.

A Live Action video featuring Dr. Levatino details what really happens during this type of abortion:

At the abortion clinic or doctor’s office, the woman takes pills which contain mifepristone, also called RU 486. RU 486 blocks the action of a hormone called progesterone. When RU 486 blocks progesterone the lining of the mother’s uterus breaks down, cutting off blood and nourishment to the baby, who then dies inside the mother’s womb. Twenty-four to forty-eight hours after taking RU 486, the woman take misoprostol… that is administered either orally or vaginally. RU 486 and misoprostol together cause severe cramping, contractions, and often heavy bleeding to force the dead baby out of the mother’s uterus. The process can be very intense and painful, and the bleeding and contractions can last from a few hours to several days. While she could lose her baby anytime and anywhere during this process, the woman will often sit on a toilet as she prepares to expel the child, which she will then flush.

According to CBS 13 Sacramento, institutions of higher learning have expressed misgivings over Senate Bill 24. Both the University of California and California State University school systems raised concerns about the cost.

“estimates proposed grants would be insufficient to cover costs in the readiness phase (2019 – 2023). We estimate a funding shortfall of $4.6 to $7.8 million across the 11 UC student health centers. Beginning January 1, 2023, no source of funding is provided in SB 24. Without funding, the student health centers will incur ongoing costs in the range of $2.2 to $3.2 annually. Unless financing is made available post 2023, by the state or foundation, this cost will fall to students.”

CSU raised a number of concerns:

“It is truly infuriating to see the California Assembly vote to endanger women just to score points with Planned Parenthood,” said Jonathan Keller, President of California Family Council. “You don’t have to be pro-life to recognize SB 24 is bad for colleges and dangerous for students.”

“Governor Brown was right in vetoing this dangerous legislation last year, and his veto message applies today which states, ‘because the services required by this bill are widely available off-campus, this bill is not necessary,’’ Keller quoted. “We hope Governor Newsom will listen to his predecessor and reject SB 24.” 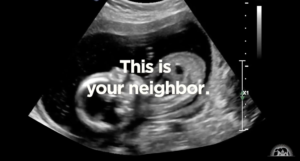