Last week the pro life group Susan B. Anthony List received a notification from Facebook that two of their ads they had launched ahead of the midterm elections in support of pro life candidates were blocked.

Last week, the Susan B. Anthony List tweeted two campaign ads in support of pro-life candidates that it had intended to run as ads on Facebook, however, that social media site blocked their attempts to do so. The ads were in support of Rep. Marsha Blackburn (R-TN) for Senate, and another was supporting Republican Matt Rosendale for Senate in Montana.

Facebook did later apologize, calling the incident a “mistake,” and saying “it never should have been disapproved,” but the Susan B. Anthony list is asking why these so called mistakes are happening so frequently. This is at least the sixth time that Facebook has banned pro life ads run by the Susan B. Anthony List.

After the first of the two recently banned videos was restored, the Susan B. Anthony List pointed out the growing hostility from Facebook for pro life content. “This is a great development,” the SBA List tweeted. “However this is the FIFTH time Facebook has censored our ads in the last month. Facebook has created a hostile environment for #ProLife speech as we never know when they’re going to decide to shut down our ads.”

But it gets even more ridiculous. Right after Facebook restored the ad and it was running again, Facebook banned the second video.

“Our pro-life message is constantly under threat by Facebook which, despite the promises of COO Sheryl Sandberg, has created a hostile environment for pro-lifers to advertise in,” SBA List vice president of communications Mallory Quigley said. “Which ads of Planned Parenthood has Facebook denied? Which pro-abortion candidates have they censored?”

“Facebook is a communications tool through which both sides are working to engage and turn out voters, but now Facebook is not even bothering to hide their bias,” Quigley concluded. 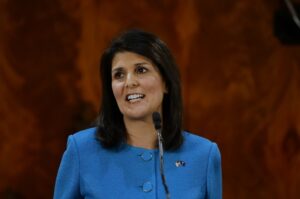 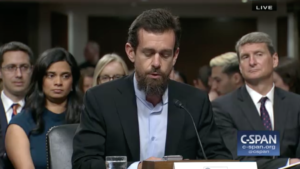