California Family Council reported recently the ridiculous series of incidents with a Minnesota Library hosting several drag queen story hours at its various locations. The taxpayer funded St. Paul public library hosted these events at three of its locations as part of an “inclusive” campaign.

The events have been getting more commonplace, leading people to believe that there has to be a deliberate concerted coalition of people pushing these events. Over the past few months, these events have taken place literally across the United States. In California alone, nearly a dozen events have been held. Quite sadly, a newspaper article published last month suggested parents take their kids to such events.

A public library in Palm Springs, California hosted two similar events in May and June.

The Sacramento Library is promoting on its Facebook page the “Drag Queen Story Hour” at its downtown branch on August 5 using the following description: 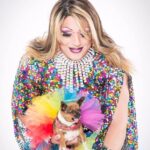 Drag Queen Story Hour, co-founded by author Michelle Tea, perfectly describes how drag queen story times “capture the imagination and play of the gender fluidity of childhood and give kids glamorous, positive, and unabashedly queer role models. Kids are able to see people who defy rigid gender restrictions and imagine a world where people can present as they wish, where dress up is real.”

As far back as October of 2017, a public library in Long Beach, California hosted a drag queen event, which received so much negative feedback on social media that the post was taken down.

Life news reports that “the group’s social media photos depict men wearing fake breasts and a wide variety of garish women’s clothing reading with children as young as infants, highlight two drag queens with the sexually-suggestive names Lady Busty and Miss Shameless, and promote the upcoming “children’s” book Born Bad by C.K. Smouha. Born Bad is about a wolf who doesn’t want to be a wolf, meets a variety of animals who can change their physical characteristics, and ultimately dresses up as a sheep.”

Ironically, the Association for Library Service to Children made headlines recently for its decision to remove the Laura Ingalls Wilder book series from its shelves, citing concerns that the books were stereotypical and were “inconsistent with ALSC’s core values of inclusiveness, integrity and respect, and responsiveness.”