Facebook has recently confirmed that it relies on the hate group law firm the Southern Poverty Law Center (SPLC) as site partners to help it filter out and flag hate speech on its site.

According to the Daily Caller:

The SPLC is on a list of “external experts and organizations” that Facebook works with “to inform our hate speech policies,” Facebook spokeswoman Ruchika Budhraja said.

Facebook consults the outside organizations when developing changes to hate speech policies, Budhraja said, noting that Facebook representatives will typically hold between one and three meetings with the groups.

The Facebook spokesperson did indicate that Facebook’s hate speech standards are different from those of the Southern Poverty Law Center. However, CNN reports that the SPLC has twice this year provided Facebook with lists of hate groups. Facebook has removed fifty-seven of those groups, but the SPLC says that Facebook is not doing nearly enough about hate speech on its site. Nearly a year ago, Facebook stated in an article published on its site that it deletes nearly 60,000 posts per day containing hate speech.

According to the Daily Caller, Amazon gives the most control of its platform to the SPLC out of the four tech giants listed above. This is corroborated by the fact that top Christian legal advocacy firm Alliance Defending Freedom was recently kicked off of Amazon Smile – a program through which Amazon allows customers to donate 0.5 of the price of eligible purchases towards a nonprofit or charity of their choice. Alliance Defending Freedom discovered that the Southern Poverty Law Center decides who is qualified to participate in the program.

The fact is however that the Southern Poverty Law Center is not qualified to qualify or disqualify content or organizations as hateful, or hate speech.

The SPLC has been plagued by inaccurate information. The SPLC has been discredited multiple times by investigative journalists and has drawn considerable scrutiny over its fundraising practices which have resulted in enormous profit for it leaders and the stashing of large cash reserves.

More famously, the first case of domestic terrorism in Washington, D.C. was traced back to the Southern Poverty Law Center after terrorist Floyd Lee Corkins entered the Family Research Council in 2011 with the intent to murder everyone in the building and stuff Chik Fil A sandwiches in their mouths after killing them. The terrorist later stated during questioning with the FBI that he had used information listed by the SPLC to track down the Family Research Council address. 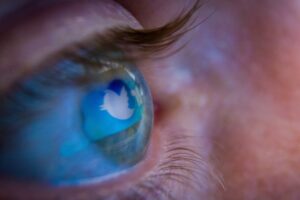