Faith is embedded in the history, spirit, and soul of our Nation.  On Religious Freedom Day, we celebrate the many faiths that make up our country, and we commemorate the 232nd anniversary of the passing of a State law that has shaped and secured our cherished legacy of religious liberty.

The Religious Freedom Day proclamation sets an important precedent in protecting religious freedom rights across the country. The proclamation makes it clear that no American should be forced to violate their sincerely held religious beliefs. Such a move sends a clear signal that groups like the Little Sisters of the Poor, and Hobby Lobby who were forced under the previous administration to cover elective abortions and abortion inducing contraceptives through their insurance premiums will be protected under this administration. Business owners like cake artist Jack Phillips will hopefully face less pressure, scrutiny, and government coercion for simply operating their businesses according to Christian principles.

The proclamation even mentions instances like these, and Donald Trump, in the proclamation writes that he has and will continue to take steps to ensure that religious liberty is secured “at home and abroad:”

Our Constitution and laws guarantee Americans the right not just to believe as they see fit, but to freely exercise their religion.  Unfortunately, not all have recognized the importance of religious freedom, whether by threatening tax consequences for particular forms of religious speech, or forcing people to comply with laws that violate their core religious beliefs without sufficient justification.  These incursions, little by little, can destroy the fundamental freedom underlying our democracy.  Therefore, soon after taking office, I addressed these issues in an Executive Order that helps ensure Americans are able to follow their consciences without undue Government interference and the Department of Justice has issued guidance to Federal agencies regarding their compliance with laws that protect religious freedom.  No American — whether a nun, nurse, baker, or business owner — should be forced to choose between the tenets of faith or adherence to the law.

This is truly remarkable. Americans have always held dear the ability to practice their religion without fear of government persecution or coercion. It is encouraging that President Trump has declared a Religious Freedom Day, and Americans should celebrate it. 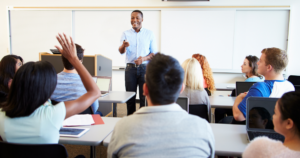