This is part two of a three part series about how LGBT activists and state officials plan to use the FAIR Education Act (SB 48) to transform what California’s children believe about family, gender identity, and sexual orientation, and what parents and local school boards can do to stop it.

In part one of this series , I explained how the State Board of Education (SBE) adopted 10 textbook programs that were heavily influenced by a coalition of LGBT activists during each step of the process. The textbook content far exceeds the bill language of SB 48, the FAIR Education Act, which mandates the inclusion of LGBT heroes in history and social science instructional materials. It’s important to realize, however, that the California Department of Education (CDE) and LGBT activists are using the History and Social Science (HHS) Framework, developed by the CDE to guide SB 48 implementation, as a Trojan horse that goes well beyond including heroes. In addition to the objectionable and controversial sexual orientation and gender identity (SOGI) ideologies found in the newly adopted state textbooks, even more aggressive content can be found in online lesson plans and instructional materials that were not subjected to the state’s vetting process for adoption.

Several universities across the state are involved in the California History and Social Science Project (CHSSP), whose collaborators, such as Dr. Don Romesburg, Co-Chair of the Committee on LGBT History and Chair of Women’s and Gender Studies at Sonoma State University, were key writers for the HSS Framework.

The University of California, Davis provides guidance to teachers and administrators to support them as they implement the HSS Framework in their districts. Dr. Beth Slutsky, Program Coordinator for the CHSSP Statewide Office at the University of California, Davis, in a June 2017 blog article titled, “How to Implement the FAIR Act,”  describes teachers who are already implementing these changes on their own. She writes:

Since January we’ve had the honor of traveling the state to introduce educators and administrators to the new HSS Framework. Regardless of where we go, the FAIR Act is a topic that educators are seeking guidance on – especially the question: “What does it mean to implement the FAIR Act?” Or more to the point on the minds of administrators: “How do I know if my school – and my classrooms – are in compliance with the FAIR Act?”  This question seems to come from a place of genuine interest in teaching the state-adopted materials.  But it also seems to be rooted in an anxiety about protecting oneself from a parent or administrator that’s concerned about either too much or not enough coverage.

For teachers in school districts that have not yet adopted the Framework or new materials that comply with the FAIR Education Act, Slutsky refers them to the Framework for guidance and offers this advice:

First, in elementary school, especially as students study local families and communities, students deserve to see themselves, their families, and their community represented.  For example, in second grade, as students learn about many different family structures – single-parent, adopted parent, grandparent-headed households – same-sex parents should of course be on the list.

Second, when students learn about gender (whether it’s family structures in the colonies, marriage in the Early Republic, or childhood during Industrialization for example), an inclusion of LGBTQ individuals is absolutely appropriate.  Students will learn that just as race is an idea and an identity that changes meaning over time – the same concept should be applied to gender and sexual identity.

Third, as students learn about civil rights or social protest movements, they should be learning about LGBTQ and disability history.  These connections come easily to students who already learn how movements for racial, ethnic, and gender equality emerged and built on one another in the twentieth century; layering in the role of LGBTQ individuals and Americans with disability is a necessary and natural connection.

What these three points begin to demonstrate is that rather than having the FAIR Act be a separate – discrete add-on kind of topic  – that the way to fully implement it is to fit it in alongside existing themes, questions, and topics.

She ends her article by recommending that teachers use “more fully-developed curriculum” available online, such as lessons and sources from the UC Berkeley History Project.

What I found at the UC Berkeley History Project site was stunning and disturbing. On a page titled “The California FAIR Education Act,”  I found lesson plans informed by scholars of the history of gender and sexuality, and particularly the work of Professor Don Romesburg. One of the teacher resources, “History UnErased,” linked to a program called “Sez Me.” According to the show’s description:

Sez Me began as an LGBT web-series for kids and evolved into a multidisciplinary educational program for all ages. Hosted by drag queen Charmin Ultra with cartoon anchor Hello Mellow, Sez Me captures unscripted interviews with children from all backgrounds. SezMe.me is an affirming, uplifting, colorful and educational tool to engage all people in conversation about gender and identity. This is the show we wish we could have watched when we were kids!

This might be appropriate to teach in a niche university class in the women’s and gender studies department, but I do not know any parents from either side of the political aisle who would want their young children to watch this program. The California Department of Education, which has partnered with these universities, has now lost what little credibility it had left. I have zero faith in CDE to teach age-appropriate material or even know the basics of healthy child growth and development. To put it in more understandable terms for today, this would be like subjecting a Hindu child to a sermon on Creationism from an evangelical Christian pastor.

Furthermore, the Framework and textbooks consistently portray the LBGT movement as a “civil rights” movement, similar to the black civil rights movement to advance the interests of African-Americans. However, many, including African-American leaders, challenge this comparison as inaccurate and offensive, especially because neither science nor medicine has been able to identify or confirm a gay gene or other biological causes.

In addition, many of our state’s teachers may be compelled to teach this controversial sexual material, and they likely would receive no support from the California Teachers’ Association (CTA), the state’s largest labor union, if they refused to do so—even if it violated their religious beliefs or consciences. The CTA magazine, California Educator, in its March 2017 issues contains an article called “Embracing the Gender Spectrum.”  It states: 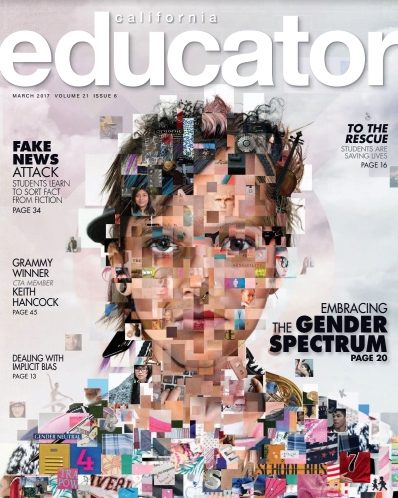 • As “gender nonconforming,” because their gender expression falls outside what is considered typical for their assigned sex at birth.

• With both genders as “ambigender.”

• With neither gender as “agender” or non-binary gender.

• As “gender fluid,” not having a fixed gender.

• As “questioning,” which means they are unsure of or exploring their gender identity.

The article gives examples of the corresponding pronouns that may be used when addressing students.  Gender-neutral pronouns include: “they, them, their, themself; ze, hir, hirs, hirself (pronounced zee, hear, hears).”

This is the type of radical sexual ideology that could be forced upon teachers and your child (yes, even elementary-aged)—despite the fact that your culture and religion (and, not least of all, science) may teach something very different. In fact, it is already happening in some schools across California. After I wrote my first article to warn parents about this issue, I had teachers and a board member from other districts contact me to relay alarming stories of LGBT activists who were attempting to force such content on schools by saying it was the law. One teacher near San Francisco sent me two book lists that a teacher and parent were trying to bring to her elementary school.

Here is one of the books from the 2017 Rainbow Books List that a parent wanted to include in the school library: 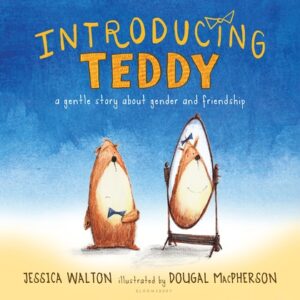 Introducing Teddy: A Gentle Story About Gender and Friendship, by Jessica Walton, Ages 3-6. “Errol’s teddy bear, Thomas, is sad until telling Errol the bear is actually a girl teddy bear and wants to be called Tilly. Errol and Tilly move the bow-tie from her identity as Thomas to a hair bow for Tilly. Errol only cares that the teddy bear is his friend.”

And here are two titles from a list that a teacher, who sat on a textbook adoption committee, suggested for her elementary school (and she justified it by saying it was “the law,” and “The younger they are introduced, the better.”): 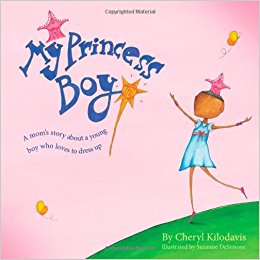 My Princess Boy by Cheryl Kilodavis, illustrated by Suzanne DeSimone

“Inspired by the author’s son, this book is about a loving, supportive family and their Princess Boy who likes pretty, pink, sparkly, girly things. Sometimes people laugh at and make fun of the Princess Boy and it hurts his feelings. Stressing acceptance, the book concludes by asking, ‘If you see a Princess Boy, will you laugh at him, call him a name, play with him, like him for who he is?’ These are great questions to prompt a conversation about acceptance with young readers.” 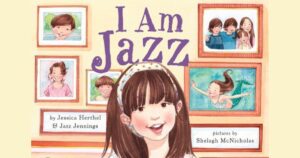 I Am Jazz by Jessica Herthel and Jazz Jennings, illustrated by Shelagh McNicholas

“From the time she was 2-years-old, Jazz knew that she had a girl’s brain in a boy’s body. She loved pink and dressing up as a mermaid and didn’t feel like herself in boys’ clothes. Though they were always loving, her family was confused — until they took her to a doctor who said that Jazz was transgender and that she was born that way. Jazz’s story is based on her real-life experience and she tells it in a simple, clear way that will be appreciated by picture book readers, their parents, and teachers.”

Shockingly, some of these books are already being used in California schools. I Am Jazz was at the center of a controversy that began last June when a kindergarten teacher at Rocklin Academy, a Sacramento-area charter school, read it to her class as she assisted parents in helping their child transition during the day from a male student into the semblance of a female. According to Bradford Richardson’s September 2017 article in The Washington Times, the school board “voted down a policy that would have given parents notifications prior to controversial classroom discussions.” As a result, parents have withdrawn dozens of children from the school. CBS, Fox and other news outlets covered the story.

As you can see, LGBT activists have already been at work in our local schools, but it’s time for parents to take back the reins of parental choice. In Part Three, I will give parents practical ways to fight the implementation of the optional HSS Framework and the 10 adopted programs in your local school districts. Protecting our children’s First Amendment rights of conscience, religion and free speech is not a Democrat or Republican, liberal or conservative issue; it’s an American issue.