The Senate has voted to advance and open debate on a pro family GOP tax bill. The bill was passed by the House with a 227-205 vote. Now, the Senate will work on debating the bill and working out their differences on it until they have produced a version acceptable to all parties.

The plan currently contains a pro life clause that would allow parents expecting a child to contribute to their preborn child’s college 529 savings account.

“Nothing shall prevent an unborn child from being treated as a designated beneficiary,” reads the tax plan. The plan describes a preborn child as a “child in utero” and further recognizes human life in the womb with the description  “a member of the species homo sapiens, at any stage of development, who is carried in the womb.”

This is an encouraging measure that both recognizes the sanctity of life of the preborn while still developing in their mother’s womb while at the same time providing a means for the child’s parents to get an early start in saving for their children’s college education. If passed in the final version of the tax plan, the language in this clause would affirm that a child in the womb is a precious life while recognizing them as a distinct person with unalienable rights. It would also be a major step towards making abortion illegal, as permitting the killing of a recognizable, person with distinct legal rights would be contradictory at best.

If passed by the Senate, it is almost certain that it would be signed into law by President Donald Trump. Trump made reference to the tax reform plan while speaking in Missouri, saying two main reasons for amending the tax code are to assist hard-working families and making sure there are opportunities and better paying jobs for every Americans.

“A child in the womb is just as human as you or I yet, until now, the U.S. tax code has failed to acknowledge the unborn child — all while granting tax breaks for those seeking an abortion under the pretense of ‘healthcare,'” said Jeanne Mancini, President of March for Life, in a statement, according to CNN Money.

Tom McClusky, President of March for Life Action, said that while not specifically lobbying for the 529 plan to be included, he was happy to see it included.

“We’re thrilled about it, but it wasn’t something that we were specifically calling for,” said McClusky according to Politico. “We’ll fight to make sure it stays in there.”

The current tax code permits the parents of a child to open a college savings account in their own name, and then change the name of the account to their child’s name at a later date. 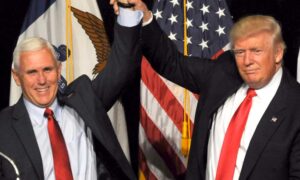 Pence: I Couldn’t be More Proud to Serve for a President who Stands Without Apology for the Sanctity of Human Life

Pence: I Couldn’t be More Proud to Serve for a President who Stands Without Apology for the Sanctity of Human Life