The United Nations General Assembly is holding its seventy-fourth session in New York City. The session opened on September 17, 2019, and the first day of the high-level general debate was on Tuesday, September 24, 2019.

President Donald Trump told the General Assembly, ““Like many nations here today, we in America believe that every child – born and unborn – is a sacred gift from God.”

President Trump pointed out that the United Nations agencies all too often are pushing a pro-abortion agency on other countries. Trump referred to UN officials and employees engaging in this activity “global bureaucrats” and said they “have attempted to assert a global right to taxpayer-funded abortion on demand, right up until the moment of delivery.”

Trump lamented the fact that “global bureaucrats” are putting pressure on other countries to adopt pro-abortion policies. Those people, he said, “have absolutely no business attacking the sovereignty of nations that wish to protect innocent life.”

Trumps remarks follow on the heels of a letter signed by Secretary of State Mike Pompeo and Health and Human Services Secretary Alex Azar in which the United States urged member countries of the United Nations to join the United States in opposing harmful, pro abortion policies.

“We remain gravely concerned that aggressive efforts to reinterpret international instruments to create a new international right to abortion and to promote international policies that weaken the family have advanced through some United Nations fora,” the letter stated.

The letter asked countries to join together with the United States to ensure that every nation can “determine the best way to protect the unborn and defend the family as the foundational unity of society vital to children thriving and leading healthy lives.”

Additionally, the letter expressed concerns about the overall diminished  role that parents now play in their children’s lives when it comes to topics like sex education. It pointed out that vague phrases like “sexual and reproductive health” could be used to push abortion on other countries.

Phrases like the one above have “been asserted to mean promotion of abortion, including pressuring countries to abandon religious principles and cultural norms enshrined in law that protect unborn life,” the letter stated.

The letter is just the latest in a series of steps taken by the Trump administration to protect the unborn both at home and abroad.

Pro life groups were quick to thank the President for standing up for the rights of the unborn at home and abroad. 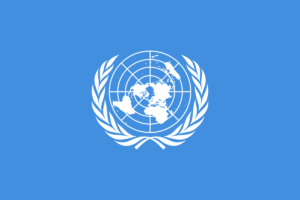