The Rocklin, California charter school that made national news over the summer for introducing kindergartners to transgenderism, asked for a five-year renewal to their charter last week. But upset parents showed up to object, asking the Newcastle Elementary School Board of Trustees, that oversee the school, to hold off on the decision until  Rocklin Academy Gateway is investigated for not living up to its promise to be “parent friendly.”

Half a dozen parents stood to complain that their views and values were disregarded and disrespected last summer when they raised objections to a kindergarten teacher reading “I Am Jazz,” a book about transgenderism, to her class, without notifying parents beforehand. The Rocklin Academy Gateway teacher later explained she hoped the book would help her students accept a boy in her class who was transitioning into identifying as girl.

Several children from the class went home confused and fearful, after seeing their male classmate change into a dress and hearing their teacher explain how their friend was a girl trapped in a boy’s body. One little girl was in tears and shaking, fearful she was turning into a boy. When parents asked the teacher what happened, they were told the details were confidential to protect the privacy rights of the transgender student.

Rocklin Academy Gateway parent Wendy Sickler spoke publicly at the Newcastle Elementary School Board meeting and told the trustees Rocklin Academy Gateway was not living up to one of its core values. “The parent partnership piece, that’s why many parents joined the school,” Sickler said. If the school no longer plans to partner with parents “let’s not have that one of the core values or the core pieces of the charter.”

Sickler went on to tell the board that when she first heard about the controversy in the kindergarten class last summer she thought the school was going to take care of the issue by the time school started again in August. “I only got involved when school started and nothing had changed, and there weren’t any additional restrictions on what could be brought to the classroom or what could be taught,” Sickler explained.

“I do still care and believe that parents have the fundamental right to direct the upbringing of their children,” Sickler said. “For myself personally, and many people I know at the school that stand for a biblical view of human sexuality, I didn’t feel that my rights were respected… so we did leave the school over that.”

After the kindergarten class incident last June, parents organized over the summer with the help of the California Family Council, the Capitol Resource Institute, the Pacific Justice Institute, and Alliance Defending Freedom, and formally asked the Rocklin Academy School Board to adopt a parental rights policy. If adopted, the new policy would require the school to notify parents about lessons related to gender identity or sexual orientation, and give them the option to opt their children out of those lessons. The board rejected that proposal during it’s September board meeting and instead instituted a very weak policy that said teachers would “endeavor to notify” parents before or after controversial issues are taught in the classroom.

Vice Chair of the Rocklin Academy School Board, Alice Dowdin Calvillo, also attended last week’s school board meeting and defended the school’s actions, and the decision to reject the parents’ proposed notification and opt out policy.

“I’m disheartened tonight to see parents here speaking with this particular board about this issue because I know that personally myself I have been meeting with a lot of parents trying to address concerns, trying to rebuild the relationships that have been severed or have been broken,” she told the Newcastle Elementary School Board of Trustees.  “The board took the action that it felt was in the best interest of the school to ensure that we were in compliance with state law. … We did adopt a policy that allows for the notification of parents for sensitive and controversial issues, which includes sexual orientation and gender issues, which could actually be declared discriminatory by some by saying those issues are controversial, [but] the issues are controversial at our school.”

Yet, Rocklin Academy parents wanted a policy that required notification beforehand, not simply allowed for it after the controversial material was presented. Parents also wanted the ability to opt students out of gender identity lessons. That was something Calvillo said the board could not let happen. She claimed the policy was a duplication of state law and pieces of it were discriminatory.

Several attorneys who specialize in parental right issues dispute Calvillo’s claims regarding the policy’s legality. Alliance Defending Freedom attorney Matt Sharp responded to Calvillo’s assertion by pointing to decisions made by the U.S. Supreme Courts and California courts that recognize parents as having the “fundamental right to direct the upbringing and education of their children.” See Troxel v. Granville, 530 U.S. 57, 65 (2000); In re Marriage of Harris, 34 Cal. 4th 210, 223 (2004).

“And it is understandable that many parents would prefer to introduce sensitive topics such as gender identity and sexuality to their children in their own time and in a manner consistent with their values and beliefs,” Sharp said. “In order to respect parents’ rights, schools should notify parents before these topics are taught and provide parents the ability to opt their child out. In fact, California (and most other states) already provides notice and opt-out on discussions of sexuality, STDs, and other similar topics. Nothing in California law prevents local schools from providing this type of notice and opt-out before other sensitive topics are raised.”

Dean Broyles, President of the National Center for Law and Policy, agrees with Sharp’s assessment. In a letter Broyles sent to the Rocklin Academy School Board defending the parental notification and opt out policy, he quotes the California Healthy Youth Act which says, “The Legislature recognizes that while parents and guardians overwhelmingly support medically accurate, comprehensive sex education, parents and guardians have the ultimate responsibility for imparting values regarding human sexuality to their children.”

Broyles also accused Rocklin Academy administrators of religious discrimination for the way they treated parents who had concerns with transgenderism being taught to their young children.

“Rocklin Academy opines about being motivated by ‘compassion’ for transgender youth. And no one wants to see any student legitimately bullied for that reason or any reason,” Broyles said. “But what about understanding or compassion for families whose worldviews, perhaps inspired by religious teaching, point to different outcomes?”

“Tolerance is a two-way street,” Broyles continued. Rocklin Academy “goes to great lengths arguing that it must bend over backwards to address the discrimination characteristic of ‘sexual identity,’ while at the same time failing to realize that by so aggressively privileging this one characteristic in policy and practice, that Rocklin Academy has now in fact marginalized, alienated, discriminated against, and perhaps even ‘bullied’ children and families whom, for many reasons, including ‘religion,’ have a different view of how children should be instructed on sexuality, including transgenderism. Discrimination, even that which is employed in the misguided attempt to end discrimination, is still discrimination.”

At the end of the last week’s school board meeting, the Newcastle Elementary School Board of Trustees approved Rocklin Academy Gateway’s charter for another 5 years. The school board trustees said they did not have the authority to deny the charter renewal because of the school’s notification policies, since the charter agreement gives the school autonomy regarding those decisions. The trustees did say they wanted to discuss Rocklin parental concerns in detail at a future meeting, but they could would not delay the school charter renewal request because of these concerns. 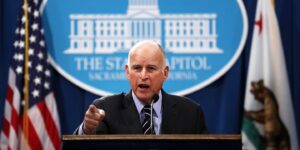 Governor Brown: Only He Can Stop These Harmful Bills Now 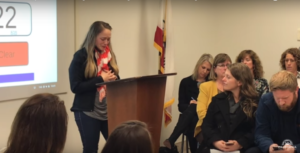 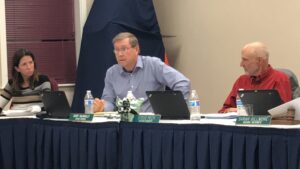 School board agrees to review book-sharing policy after transgenderism incident

Governor Brown: Only He Can Stop These Harmful Bills Now

School board agrees to review book-sharing policy after transgenderism incident