This past week, President Trump gave an inspiring speech while visiting Poland on his way to the Group of 20 economic summit. The speech should give conservatives hope, as Trump made many references to the importance of values, families and faith traditions. It’s certainly encouraging to hear the President take such a pro-family stance as the current leader of the free world.

Americans, Poles, and much of the rest of Europe value individual freedom and sovereignty. In his address. Trump attributed significance to traditional western culture and values, rather than taking a universalist approach, a fresh change from many of his predecessors.

According to the official White House copy of the speech, President Trump remarked that, “the bonds of culture, faith and tradition…make us who we are”, and reaffirmed that “We put faith and family, not government and bureaucracy, at the center of our lives.” He also voiced that, “We value the dignity of every human life, protect the rights of every person, and share the hope of every soul to live in freedom.” He strongly stated that, “We can have the largest economies and the most lethal weapons anywhere on Earth, but if we do not have strong families and strong values, then we will be weak and we will not survive.”

Again and again, the president made references to the importance of the family unit, acknowledging that a nation needs strong families to not only survive but also to maintain prosperity. The speech further strengthened the bond between the US and Poland, and also likely solidified the relationship between Trump and evangelical Americans. It seems the President believes that returning to our founding roots, traditions and family structures really will “Make America Great Again.”

According to Life Site News :

Trump said the war is one for our values and traditions. “Our own fight for the West does not begin on the battlefield,” he said. “It begins with our minds, our wills and our souls.”

“So together let us all fight like the Poles, for family, for freedom, for country and for God,” the President concluded.

Our Commander in Chief drove home the importance of family, faith and freedom – and his speech made it clear that the President truly believes in families and the individual, and this speech was just another way for him to convey to Poland and the rest of the world what ideals drive his actions.

Trump firmly believes the western worldview of Christianity to be important, unlike some of the Universalists that have come before him, and he called on the US, Poland, and all of Europe to protect it. The National Review put it this way:

Although the speech was written with the Poles in mind, Americans should take note of this change in attitude from previous leadership, and celebrate the renewed desire to protect families, values and the western way of life. 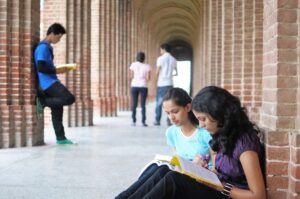