California School Board Votes to Incorporate “Islamic Heritage” into Curriculum

If your a kid attending school in San Diego, you are now free and welcome to practice your faith – as long as that faith is Islam. You knew there had to be a catch, right?

In an unsurprising but still absurdly ironic move, the California school board voted unanimously in a 4-0 vote (with one member absent) to start inserting more Muslim-themed material into the classroom. The San Diego Unified School District has been working with the Council on American-Islamic Relations (CAIR) on “anti-Islamophobia” curriculum plans. According to a Fox News article from 2014, CAIR has been named as a terrorist organization by the United Arab Emirates. National Review also reported that “the organization was named along with 300 others as an unindicted co-conspirator in a case regarding funding to extremist group Hamas.”

According to Christian News, “Plans include ensuring Muslim holidays are marked on calendars, reviewing books in school libraries that center on Islamic culture, providing training and materials for staff, creating “safe spaces” for Muslim students, and adding to current lessons about Islam to social studies classes.”

The California school board insists that their decision to funnel more “Islamic heritage” content into curriculum plans is not endorsing a particular religion. Instead they assert that the initiative is designed to combat Islamophobia, which they claim is rampant on campuses across the state.

In fact, some parents are so upset that they’re suing the district over the preferential treatment for Muslims. “Students of all faiths face daily bullying, but instead of protecting all religious students, the school district has selected Muslim students to receive special protection and resources,” said a spokesman for one of the two nonprofit organizations joining the suit. The Freedom of Conscience Defense Fund are just as upset. “Plaintiffs do not wish for their children, as non-Muslims, to be accused of bias and bullying by the school district and CAIR if they express viewpoints or beliefs that may conflict with the School District’s and/or CAIR’s arbitrary, de facto interpretations of ‘bias’ and ‘bullying,'” they write.

Without a doubt, the California school board’s actions are questionable. According to the Washington Times, San Diego officials are not even aware of what exact percentage of its students are Muslim. The school board has taken no similar steps to protect Christianity, the religion that the entire nation was founded upon. Religious freedom is vital to the vibrancy of our nation and it should not be suppressed, but the San Diego school board cannot show any particular religion preferred treatment, thereby elevating it to a special or protected status while simultaneously forbidding Bible reading or prayer in public schools. Whitewashing and giving preference to a religion of extremism in the name of tolerance or combating bullying is wrong.

Contact the San Diego Unified School District board members and tell them what you think of this initiative:

6 Ways to be Praying for the Sanctity of Life 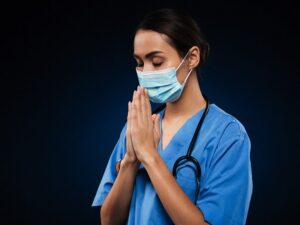 This Sunday, March 15: 15 Biblical Passages for National Day of Prayer 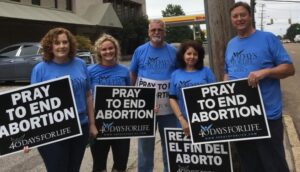 29 Babies Saved so far in Downey, CA by 40 Days for Life Prayer Vigils

6 Ways to be Praying for the Sanctity of Life

This Sunday, March 15: 15 Biblical Passages for National Day of Prayer

29 Babies Saved so far in Downey, CA by 40 Days for Life Prayer Vigils