April is Sexual Assault Awareness Month in the United States. It is also National Child Abuse Prevention Month. As early as the 1970’s women in England began holding marches protesting the violence they encountered while walking the streets at night. Eventually, the idea spread to other countries and women in San Francisco and New York City held the first marches in the United States in 1978. As time progressed, the issue broadened to also include violence against men and their role in preventing sexual violence.

In the early 1980’s activists used the month of October to raise awareness and domestic violence against women was the main focus. By the late 1980’s, activists selected a week in April to focus on raising awareness for victims of sexual assault. In the next decades, advocates and coalitions regularly held events and demonstrations in the weeks surrounding the official dates dedicated to raising awareness, and on April 1, 2001 the United States first observed Sexual Assault Awareness Month (SAAM) nationally.

The goal of SAAM and NCAPM is to raise awareness for sexual violence and child abuse and ways to prevent its occurrence in our communities. Sadly this important issue is largely overlooked, which is both wrong and unfair to victims of abuse and sexual assault.

Kaeley Triller Haver, herself a rape survivor, described in an exclusive interview with CFC her belief that many of the huge cultural issues we see today often have a root in sexual trauma: abortion, drug abuse, sexual addiction, gender dysphoria, etc. “They’re all numbing techniques to try to kill the pain produced by the weight of shame,” says Haver. “One of the only things more humiliating than experiencing the powerlessness and indignity of sexual trauma is having to relieve it in order to file an official report.” The victim then runs the additional risk that a) no one will believe you; or b) they won’t care enough to do anything about it even if they do believe you, Haver explains. The risk of being discredited is enough by itself to keep people from speaking out. “Experts estimate that somewhere around 60% of sexual abuse survivors will never speak of the harm they endured. Instead, they bottle the shame inside and try to soldier on in isolation. Of course, this rarely ends well, notes Haver.

But staying silent is not conducive to healing, says Shannon Deitz, abuse survivor, and founder of Hopeful Hearts Ministry. According to PR.com:

“Both sexual assault and child abuse are so devastating that most of us don’t even want to think about them being present in our society. This makes it extremely difficult for any victim of assault or abuse to feel comfortable enough to speak out, which is exactly what they need to be able to do. Be it a child, a teenager or an adult, anyone who has been abused needs to be able to speak about what has been done to them without question or judgment,” comments Dietz.

According to her bio, Deitz is a woman in love with God and excited about her faith. She was only 3 years old when she experienced abuse at the hands of a family member. While still a teen, her boyfriend was tragically killed in an auto accident, and at the fragile age of seventeen, she was raped. Again, as a freshman in college, she was raped a second time.

Because of her firsthand experience, Deitz understands the emotions, pain, and stigma of being a survivor of sexual abuse which she experienced not only as a child but also as an adult. She explains that April is an opportunity to encourage other survivors to speak up and speak out, knowing that it is a crucial step towards healing. It’s also a time for those who may not be victims themselves to become more aware just how prevalent sexual assault and child abuse is.

“The shame, despair and inability to cope with the painful events can lead to depression as well as dangerous behavior, as survivors tend to seek other ways to block out the memories and dull the pain,” Deitz explains. “My goal is to help others see their worth and become the best they can be.” Deitz hopes that through her own testimony, she can help people see that they no longer have to live as a victim. She emphasizes the fact that a person’s past does not define them. According to PR.com:

“Survivors want to know they are being heard and that they will be safe and protected,” explains Deitz. “We do not need to be silenced because our situation makes others feel uncomfortable. To the contrary, we need people around us who are willing to listen and willing to stand up for us if we choose to go public.” This focus in April is important because the more people who become aware of just how prevalent this problem is in our country, the more beneficial it will be for everyone. Being able to share our story with others serves to help prevent future abuse from taking place. If there is a survivor in your midst, be willing to listen. Be willing to hear their story.”

Victims of sexual assault or abuse as a child need a community of people to rally around them and support them. But it’s also up to local churches, workplaces, and communities to get involved and find ways to prevent child abuse, sexual assault, and neglect from taking place. The key to prevention is understanding what to do when children or an individual is at risk, and encouraging the formation of healthy, respectful relationships.

“If we are serious about making a dent in addressing all those problems, we would do well to equip ourselves to navigate the topic of sexual trauma effectively,” says Kaeley Triller Haver. Unfortunately, too much of the time, the church gets this wrong.  Haver says some practical ways for churches in particular to guard against and be prepared to legitimately cope with sexual assault is first of all to not be naive.

“There’s a pervasive mentality that seems to insist that people in the church are somehow immune from both [predators] and [their] victims. The belief that ‘it would never happen here’ is a predator’s playground, and churches that embrace this mentality are actually creating some of the safest places for sexual predators to hide,” cautions Haver. “There are survivors in every church, and they’re often too scared or too embarrassed to name their struggle, which creates within churches a false sense of confidence and the belief that ‘everything is fine.” Churches would do well to intentionally tackle the topic of sexual trauma, to train staff about warning signs, and to adopt policies for both prevention and response.

Haver points out that the topic of sexual abuse is very messy. “Let’s face it; sexual abuse a profoundly uncomfortable subject, and it’s not fun to sit and think about for any length of time, agrees Haver. “It’s a direct assault on the very dignity of a person, and the recovery process can be grueling and long and hard.” What makes this road to recovery so difficult for victims is having one’s sense of value robbed during the attack. That being so, sexual abuse isn’t a topic that you can give other cliche “churchy” responses for. Flippant responses like, “You can’t change the past. You have to give it to God and move on.” Or “You must be harboring unforgiveness in your heart. Maybe you need to repent of it,” are not at all acceptable.

“With serious physical injuries like burns, everyone expects the recovery process to be brutal and long, but with serious spiritual and psychological injuries, that same grace is rarely afforded,” Haver regrets. “Healing is a long haul. I first started talking about my own history of trauma when I was 18 years old. I’m 34 now, and I go most days without thinking about what happened to me when I was young. But I’ll still occasionally be struck by an unexpected graphic nightmare that can send me reeling back. That’s not a result of unforgiveness; it’s a result of being badly wounded. We can expect survivors to own their part in the recovery process, but we can’t blame them for the stuff that isn’t their fault.”

Haver also reminds church leadership and attendees to see people as God does. Be sure to not shame or disbelieve victims.

“This is never intentional, but I’ve seen it play out too many times, Haver admits. “Many victims look rough around the edges by the time they ask for help. They might dress provocatively or wear their pain in some other obvious way.” Too often when victims finally muster up the energy and courage to approach the church for help, the church will zero in on their current uncouth, outward behavior. Rather than focusing on the root of the behavior, church members will instead conclude that these wounded people should not to be trusted. Instead of accepting them with open arms and helping them heal from their abuse, the church too often can’t get past their obvious outward issues and will address and attempt to eliminate the outward signs of festering inward hurt. Haver cites the experience of a friend, “One woman I worked with just this past year was abused by a priest. When she finally got the courage to report him, she was excommunicated from the church. She hasn’t set foot in any house of worship since.” This example isn’t an isolated story. There are in fact, hundreds of similar ones. “Every allegation needs to be taken extremely seriously and subject to a thorough and transparent investigation,” stresses Haver.

Despite the risks of not being taken seriously, Haver urges victims of sexual abuse to speak out about their experiences. The key to ending the sexual violence starts with breaking the church’s silence on the issue.”Ultimately, the saying that sunlight is the best disinfectant rings so incredibly true here, she says. “As I work with survivors, I get the biggest rush of joy every time I hear one of them tell her story for the very first time because once that happens, I know she will never be the same. It’s the first step in declaring to shame, ‘Hey, you don’t get to be in the driver’s seat anymore.'”

Haver also stresses the fact that survivors need to be invited to speak and to be seen. “They need communities of people who see beyond the symptoms and straight to the heart of the wound. They need people to love them well enough to brave the prickly parts of their personalities and say, “I’m still here. I care about you. I’m not going anywhere,” and they need for those people to actually mean it. In a nutshell, they need people to model Christ and continually pursue their hearts,” concludes Haver.

[Editor’s Note:] If you or someone you know has been exploited, abused or in other ways victimized, here are some places to find support and help, courtesy of the National Center on Sexual Exploitation. 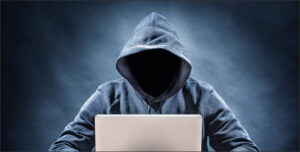 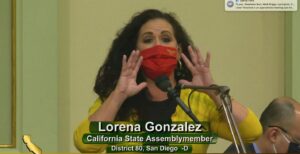 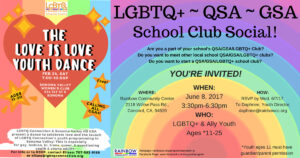