SACRAMENTO – Governor Jerry Brown swore into office today a new state attorney general who doesn’t think the religious liberty protections in the First Amendment apply to organizations. Xavier Becerra made the comments in an Assembly confirmation hearing earlier this month in response to questions from Assemblyman James Gallagher, who asked Becerra what he thought about a law (SB 1146) proposed last year which would have forced religious universities to change their housing policies and moral behavior codes to avoid punishment.

“On religious protections, the protection for religion is for the individual,” Becerrea told Gallagher and a panel of legislators on January 10th. “I think it is important to distinguish between protections that you are affording to the individual to exercise his or her religion freely, versus protections you are giving to some institution or entity who is essentially bootstrapping the first amendment protections on behalf of somebody else.”

“Supreme Court jurisprudence clearly holds that the First Amendment’s Free Exercise Clause protects not only individuals, but organizations as well,” Keller said. “On behalf of California’s churches religious schools and other faith-based institutions, we hope that Mr. Becerra will commit to upholding all of our civil rights in his new role as Attorney General.”

Gallagher also took exception to Becerra’s statement saying it reflected a “fundamental misunderstanding of the freedom of religion and freedom of association.” Gallagher expressed his objections January 13th on the floor of the State Assembly when he explained why he opposed Becerra’s nomination as California’s next Attorney General.

Legal expert Gregory Baylor, an attorney with Alliance for Defending Freedom, not only agrees with Keller’s and Gallagher’s assessments, but he said the Supreme Court agrees with them as well.

“The contention that only individuals—not organizations—enjoy religious freedom protections is simply false,” Baylor said.  “The text of the First Amendment protects the free exercise of religion, and it does not limit that protection to individuals.  Common sense tell us that houses of worship, religious universities, faith-based charities, and other corporate bodies can ‘exercise religion.’”

Baylor went on to explain that from the very first church-state cases in the nineteenth century through cases decided just last year, the Supreme Court has consistently acknowledged that organizations can exercise religion, and enjoy the legal protections of religious liberty as well.  “Extending fundamental rights to organizations is not unusual,” he said.

To prove his point, Baylor pointed to recent Supreme Court cases affirming that organizations like the New York Times and the NAACP are protected by the free speech, free press, and freedom of association clauses of the Constitution.  “It is surprising that a nominee for state Attorney General apparently does not understand these foundational principles,” Baylor said.

“Religious freedom and freedom of association are time honored constitutional protections in American life.  Thankfully, the 10th Amendment (reserving authority to the states not expressly given to the newly created federal government) expressly affirms the first amendment right of religious, speech, press and assembly.  We will continue to pray for our California government leaders to honor the Constitution.”

Becerra was nominated to the Attorney General position by Governor Jerry Brown to replace Kamala Harris after she was elected to the U.S. Senate last November. The Assembly voted to approve Becerra’s nomination yesterday over the objections of Gallagher and other Republicans. Becerra’s nomination now needs approval from the state Senate. Becerra currently serves as the U.S. Representative for the 34th Congressional district in Los Angeles.

Watch Assemblyman Gallagher interact with Congressman Becerra’s regarding his views on religious liberty below. 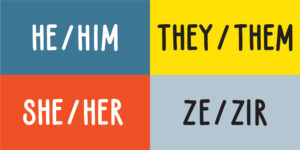