The San Francisco City Hall was flooded with pink lights Monday night last week to honor Planned Parenthood with its signature color, according to the San Francisco Examiner.

Planned Parenthood was able to gather together a number of city and government officials – including Mayor Ed Lee –  to celebrate its 100th year of operation. But what a tawdry celebration! The very next day after abortion was legalized in New York City, Planned Parenthood began taking the lives of innocent babies. In its first day of operation after the legalization of abortion, the NYC Planned Parenthood performed 56 abortions. It was not until three years later in 1973, that abortion was legalized nationwide in the infamous Roe v. Wade decision.

Live Action has released research documenting how Planned Parenthood’s founder, Margaret Louise Sanger (1879 – 1966) was a birth control, population control, and eugenics activist. She changed the world, but for the worse.

Not only was the founder of Planned Parenthood a eugenicist, she was also a racist. On pages 366-367 of her 1938 autobiography, Sanger spoke warmly of her May 1926 speech to the women’s chapter of the KKK in Silverlake, New Jersey.

In August 1914, Sanger was indicted for inciting murder and assassination, and for violating obscenity laws, and subsequently fled the country. Two years later the charges were dropped.

In 1919, on the topic of birth control and racial betterment, Sanger advocated for both sterilization of “the unfit” and birth control as a better additional measure:

While I personally believe in the sterilization of the feeble-minded, the insane and syphilitic, I have not been able to discover that these measures are more than superficial deterrents when applied to the constantly growing stream of the unfit. They are excellent means of meeting a certain phase of the situation, but I believe in regard to these, as in regard to other eugenic means, that they do not go to the bottom of the matter. Neither the mating of healthy couples nor the sterilization of certain recognized types of the unfit touches the great problem of unlimited reproduction of those whose housing, clothing, and food are all inadequate to physical and mental health. These measures do not touch those great masses, who through economic pressure populate the slums and there produce in their helplessness other helpless, diseased and incompetent masses, who overwhelm all that eugenics can do among those whose economic condition is better.

Birth Control, on the other hand, not only opens the way to the eugenist, but it preserves his work.

In the past 100 years, Planned Parenthood has aborted at least 6,803,782 unborn babies, documented in its own annual reports. Lifenews wrote:

The number likely is even higher. The abortion chain was doing abortions prior to the U.S. Supreme Court ruling Roe v. Wade in 1973. For example, three years earlier, Planned Parenthood began doing abortions in New York state after it legalized the deadly procedure. It is unknown how many babies were aborted during those three years.

Neither Planned Parenthood, nor its founder Margaret Sanger deserve to be celebrated. Instead of helping the vulnerable, as the organization claims, they prey upon those in need. 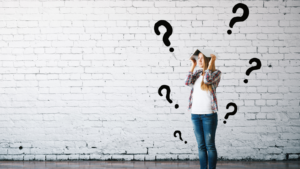