Earlier today, news broke that Pastor Saeed Abedini, a Christian pastor who has been held for over 1,200 days in a brutal Iranian prison, will finally be released! We are especially grateful this news comes on the 230th anniversary of the passage of the Virginia Statute for Religious Freedom. Since 1993, every U.S. President has commemorated January 16 as National Religious Freedom Day, and in keeping with this tradition, President Obama issued his own proclamation today.

The First Amendment’s guarantee of religious liberty has provided Christians with the ability to live out their faith within our pluralistic society in peace and tranquility for centuries. Contrary to some recent statements by certain elected leaders, Religious Liberty as conceived by the Framers of the Constitution did not simply constitute the right to worship as one saw fit. Rather, our founders firmly believed that all people have the right to live out the moral teachings of their deeply held religious beliefs in the public square freely and without governmental interference.Freedom of “worship” is not the same as freedom of religion!

America’s founders strongly believed that the Biblical, natural law-based moral beliefs of their age were essential for the proper functioning of a constitutional republic.  As John Adams said,

“Our Constitution was made only for a moral and religious people.  It is wholly inadequate to the government of any other.”

For this reason, public prayer, the reading of Scripture, and traditional Judeo-Christian moral instruction have been commonplace in both governmental settings and in publicly-funded schools throughout American history.

Today, however, the religious liberty of those who hold to traditional Judeo-Christian moral teachings is under significant attack from all three branches of government, whether legislatures, courts, or executive officers at the federal and state levels. The pluralism and true tolerance that motivated Thomas Jefferson to author the Virginia Statute for Religious Freedom is under assault from what Pope Benedict XVI called a “Dictatorship of Relativism.” Increasingly, our government seems to view any public opposition to behaviors historically recognized as sinful to be “intolerant” and unacceptable.

Particularly within our public schools, Christian teachers, parents, and students often feel intimidated from ever daring to mention the Bible or traditional Judeo-Christian ethical principles.  As Biblically-faithful citizens, we must exercise our rights under the First Amendment to discuss these topics within the classroom.

California Family Council encourage our supporters to visit the National Free to Speak Campaign, sponsored by our friends at Gateways to Better Education and the Alliance Defending Freedom (ADF).  Gateways’ excellent educational pamphlet,Free to Speak, provides many helpful citations from the U.S. Department of Education that clarify the freedoms public school employees enjoy on campus to talk about ethical and religious topics within the classroom. In addition, ADF has further materials for equipping parents and students to defend their rights against public school officials who attempt to oppose any instance of religion within schools.

On this Religious Freedom Day, we hope you will join us at CFC in thanking God for the freedom we as Christians currently possess, praying that our country will continue to respect our right to live out our faith in the public square, and praying that America would continue to stand up for our persecuted brothers and sisters currently imprisoned in countries like Iran. 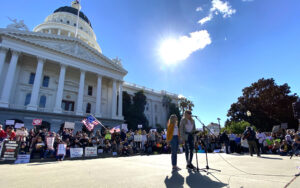 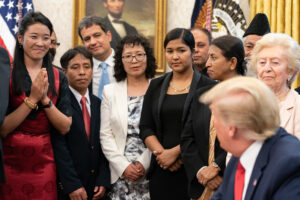