The number of Americans suffering from anxiety and depression is at an all-time high, making emergency resources available for those suffering from suicidal thoughts incredibly important. However, rather than focusing solely on mental health, it seems that the National Suicide Hotline is advancing a leftist agenda by surveying children about their sexual orientation and gender identity.

Individuals suffering from suicidality can dial or text the number 988 to receive help.

This number is required by law to be put on every student ID in California in the 7th grade and up.

When users text the number, they are directed to a survey that asks questions about their gender identity.

If a user texts “I need help” to 988, they will receive the following message: 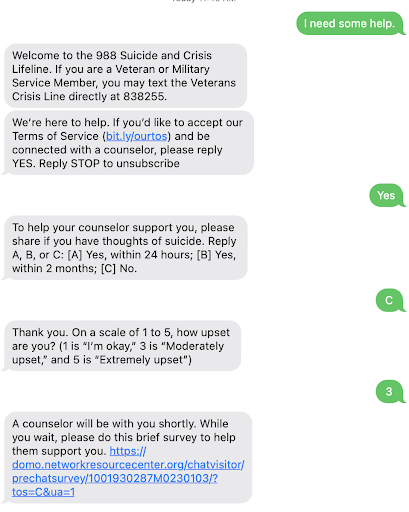 The link sent by the hotline sends users to a survey that appears as follows: 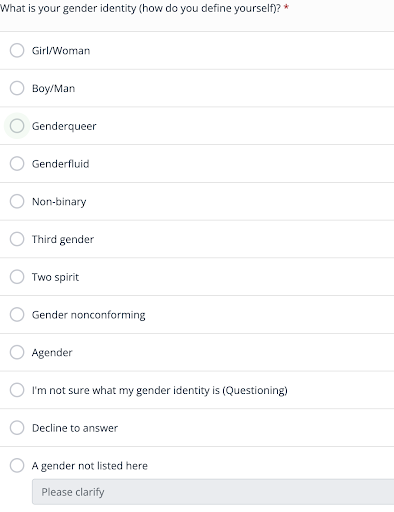 Children ages 10 or younger qualify to take the survey, which asks them to choose from 11 different genders or to make up their own.

If a minor calls or texts the hotline saying they are struggling with their gender or sexuality, the crisis counselors refers them to the Trevor Project, a “gender-affirming” mental health organization for LGBT-identifying youth.

The survey perpetuates the progressive lie that gender can be chosen and that it is separate from one’s biological sex. Affirming a child’s erroneous belief about themselves does nothing to help the child and resolve their confusion – it only elongates their suffering.

Further, this survey is not only unscientific and anti-Christian, but it is also illegal. According to California law, parents must be notified if their children are filling out surveys regarding personal information like gender identity and sexual orientation.

CA Education Code 51513 reads, “No test, questionnaire, survey, or examination containing any questions about the pupil’s personal beliefs or practices in sex, family life, morality, and religion…shall be administered to any pupil in kindergarten or grades 1 to 12, inclusive, unless…the parent or guardian of the pupil gives written permission for the pupil to take this test, questionnaire, survey, or examination.”

This survey oversteps a clear boundary. Parents have every right to know the personal questions their children are being asked.

The National Suicide Hotline is meant to help children dealing with mental health crises, yet it is perpetuating an ideology that only causes delusion and distress. It is failing to offer real help to those suffering from gender dysphoria while violating parental rights.

This is just another reason parents should be as involved in their children’s lives as possible and be aware of their children’s influences. If parents don’t steer their children in the right direction and provide a clear moral framework, the culture and networks like the National Suicide Hotline will do it for them.