According to a recent article published by the Heritage Foundation, California has become an international hub for commercial surrogacy thanks to its liberal laws. Surrogate children are being treated as commodities rather than individuals with inalienable rights, while surrogate mother’s bodies are exploited for financial purposes.

Katy Faust, Director of Them Before Us, argues that “surrogacy is, by its very nature, an injustice to the child. Birth is intended to be a continuation of the mother/child bond, not the moment at which the child suffers an intentional, primal wound. It’s the day when a baby should see the mother she already loves for the first time… not the last.”

One of the driving forces of this spike in surrogacy is international families seeking U.S. citizenship for their children. Children, coming disproportionately from China, are being born in California with the sole intent of gaining citizenship before returning to their home country.

Since 2013, Chinese families have been relying on American surrogates to give birth to their children instead of coming to the United States themselves to have a baby. Even with its own egregious human rights violations, China condemns the use of female bodies for commercial surrogacy, which is why the practice is illegal there. American brokers, however, can still rent out women’s bodies for the development of Chinese fetuses, “in what Beijing officially recognizes as a form of dehumanizing birth colonialism,” according to the Heritage Foundation. Meanwhile, California is promoting this grave offense against human dignity and children’s rights.

The mother acts solely as a vessel to bring the child into the world to fulfill adult desires. The child is intentionally separated from one or both of his or her parents, violating the natural right of a child to his or her mother and father. As the Lozier Institute explains, commercial surrogacy “’exploits women (in many cases poor and marginalized) who are paid to bear children’ and makes surrogacy-conceived children ‘objects of contract.’ As such, children of surrogacy are ‘subject to sex-selection or abandonment for disability or simple change-of-mind.’”

IVF and commercial surrogacy are left unregulated at the federal level, and only three states have prohibited the practice. California, however, caters almost entirely to adult desires at the expense of children’s rights when it comes to this practice.

“The dystopian implications of this process are obvious. One labor and delivery nurse described the process as ‘sex trafficking; the ultimate commercialization of children.’ For example, if a man purchases the egg, the womb, and the necessary paperwork, the line between a legitimate commercial surrogacy agreement, driven perhaps by unfortunate health circumstances, and outright baby selling dissolves,” writes Emma Waters of the Heritage Foundation.

Women’s bodies are not commodities to be rented out, and children are not products to be bought and sold. Moreover, U.S. citizenship should not be obtained in this manipulative way. California needs to finally address this issue and implement laws that protect the dignity of women’s bodies and the rights of children. 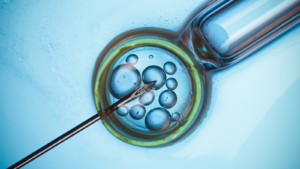