Sen. Elizabeth Warren (D-MA) and some of her colleagues have unfairly criticized crisis pregnancy centers, stoking the fires of anger and violence from the left.

However, this couldn’t be further from the truth. Crisis pregnancy centers (CPCs) play a vital role in caring for vulnerable women and fostering a culture of life. They provide prenatal services and aim to protect women from the trauma and deep regret that comes from abortion. Some are fully licensed OB-GYN clinics with doctors, nurses, nurse practitioners, and medical assistants on staff.

Heidi Matzke, the Executive Director of Alternatives Pregnancy Center in Sacramento, appeared on Fox & Friends First to correct the record. “Her words are actually horrific,” Matzke stated. “Pregnancy centers throughout the entire country give away $266 million of free medical services and resources to communities all over this incredible country, and her words are just incredibly hurtful.”

“Our pregnancy center here in Sacramento is a fully licensed OB-GYN medical clinic, we’ve got doctors, nurses, nurse practitioners, medical assistants…it’s so important for our community to understand that the women that serve in our clinics, most of them have experienced abortion for themselves…they basically say had they only had a pregnancy center like ours to turn to when they faced their unplanned pregnancy, their life today would look so much different,” Matzke said.

California Attorney General Bonta has also criticized these centers, condemning them for discouraging women from obtaining abortions. What he fails to recognize is that abortion doesn’t help women. It only enables revictimization and the further exploitation of women. In fact, one study found that 55% of female sex trafficking victims were forced into an abortion at one point – and 30% of those women were forced to undergo more than one abortion.

The media is also taking part in the spreading of misinformation about CPCs. The Los Angeles Times argues that CPCs use “coercive tactics” to “prevent people from accessing abortion and contraception.” In reality, they simply provide free ultrasounds, pregnancy tests, baby clothes, and more, including support for women and their children after birth. These services are generally paid for by charitable donations and often help women choose life and hope for themselves and their baby.

Most importantly, CPCs save lives. The Charlotte Lozier Institute (CLI) estimates that between 2016 and 2020, over 800,000 lives were as a result of CPCs serving abortion-vulnerable women nationwide. Unlike abortion clinics which profit from abortion, CPCs don’t benefit from any choice made.

In order for CPCs to reach women in need, communities need to share accurate information about what they do and offer support. Leaders should be encouraging women to take advantage of the resources available to them through crisis pregnancy centers. Instead, politicians like Sen. Warren and AG Bonta are spreading dangerous misinformation that could lead women down a path of more pain and regret.

Further, crisis pregnancy centers across the country have been under attack by the left since the leak of the Dobbs draft. This misguided violence and anger is only fueled by false statements like Warren’s. Ironically, pro-choicers often complain that pro-lifers don’t do enough to care for the vulnerable, yet they attack the very places where women go to receive help.

Changing the culture starts with individual interactions and advocacy at the local level. Pro-lifers in California can combat the left’s violence and misinformation by supporting local crisis pregnancy centers, sharing information about places that women in difficult situations can go for help in their community, and speaking the truth about abortion and pro-life alternatives.

The truth is that abortion clinics profit from the pain and exploitation of women while CPCs provide a safe environment and vital resources to women during one of the most difficult times of their lives. 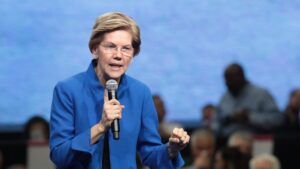 Elizabeth Warren Thinks 12,000 Abortions a Year is a Small Number 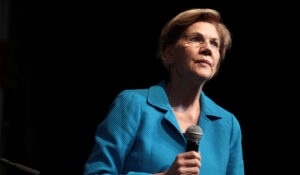 Elizabeth Warren says “There is Value in Every Single Human Being,” but Supports Abortion

Elizabeth Warren Thinks 12,000 Abortions a Year is a Small Number

Elizabeth Warren says “There is Value in Every Single Human Being,” but Supports Abortion