Andi Murdyk is a biological male who identifies as a woman and has “pledged to use [his] experiences to ensure that everyone who appears before [him] is welcome in the court system,” according to the Los Angeles Times.

This is not a judge’s job, however. A judge is meant to objectively rule on the law, not bend case decisions to suit a politically charged worldview.

Unsurprisingly, Murdyk’s appointment was met with praise from the leftist legal community and activists.

“The values of diversity, equity, and inclusion are fundamental to the State Bar’s mission, and I thank our Commission on Judicial Nominees Evaluation for their important work, and I applaud Gov. Newsom on his commitment to a diverse judiciary,” said Leah Wilson, the Executive Director of the State Bar of California.

“Superior Court Judge Andi Murdyk’s appointment is a touchstone moment in California history that will lead to more opportunities for transgender people throughout the legal profession,” Wilson continued.

It’s clear that Murdyk’s appointment was politically motivated, which is completely inappropriate in the judicial system. The judiciary should be unconcerned with “diversity” and “inclusion,” and solely focused on the objective application of the law. If judges are appointed for their identity or ideology, justice will soon and swiftly be diminished.

Another valid concern will be this judge’s ability to respect parental rights and rule on such cases without imposing bias. Parents have increasingly been forced to simply accept their child’s decision to undergo a medical “transition.” Recently, their right to object to their children undergoing harmful medical “treatments” – cross-sex hormone application – has been denied right here in California. With a judge who clearly adheres to transgender ideology, it is even more likely that parents’ rights in such cases will be infringed upon.

Further, we cannot reasonably trust this judge to rule on any case involving men’s or women’s rights, as they do not have a proper understanding of biological sex and the distinction between men and women.

Young women especially could be in danger. In the summer of 2021, a 52-year-old man was charged with indecent exposure at the Wi Spa in Los Angeles. A woman confronted the spa staff after the man was seen naked in front of girls in the women’s section of the spa. The staff simply told the woman that they had to comply with the law and could not discriminate based on gender identity.

This is a case in which women’s rights and the safety of children were clearly violated. The radical left, however, is more concerned with tolerance and inclusion than women’s rights.

Can we actually expect this judge to protect women in these types of scenarios? 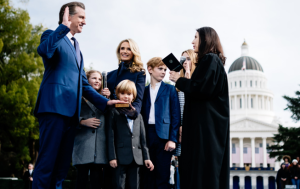