California Senate Bill 24 is set to go into effect on January 1, 2023, requiring all public universities to provide students with free chemical abortion pills. This is a radical law for a number of reasons.

To deny someone their right to live in accordance with their deeply held beliefs is to violate human dignity. This is exactly what the government is doing as it disregards conscience rights and infringes upon religious liberty.

Second, the abortion pill is incredibly dangerous and comes with a number of health complications.

The pill puts women at risk for infection, injury, loss of fertility, immune system inhibition, depression, and even death. It also has a significantly higher rate of dangerous side effects than surgical abortion.

Seven percent of women who use the pill require surgical intervention. If the abortion is left incomplete, the baby’s remains will decay inside the mother, leading her to undergo septic shock and even death. At least 20 women have died due to chemical abortions.

Health centers on college campuses are not equipped to help a student deal with the severe complications that an abortion pill can cause.

Further, using the abortion pill is emotionally traumatizing for women. The incredibly painful, multi-day process involves severe cramping, contractions, and bleeding until the baby is expelled. The mother then must dispose of the aborted child herself, which causes life-long wounds.

“I wish they told me these pills wouldn’t end the baby’s life. It came out in a sack, with all the limbs and eyes … heart still beating. If I knew that would be the outcome, I would’ve never done it,” one woman shared with Students for Life of America.

Ultimately, chemical abortions end the life of an innocent child and cause women immense suffering and physical injury. No public institution should ever freely offer such a harmful substance.

Instead of offering life-threatening drugs, schools should provide pregnant students with resources to help them continue their education while parenting.

Two federal legislators, Congressman Chip Roy of Texas and Senator Steve Daines of Montana, introduced the Protecting Life on College Campus Act of 2021. This bill removes federal funding from any university that offers abortions to faculty or students.

Californians may not be able to directly stop Senate Bill 24 from going into effect, but the Protecting Life on College Campus Act could end this type of harmful legislation throughout the entire country – including California. 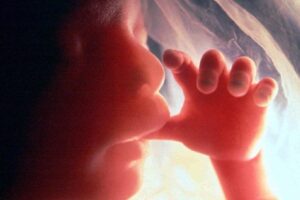 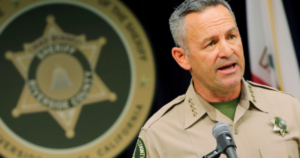 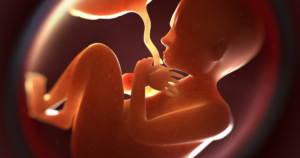