Senator Scott Wiener (D-San Francisco) has made good on his promise to begin his effort to “decriminalize all drug use” step by step with the introduction of several bills at the start of the new legislative session. Senate Bill 57 creates “safe injection sites” in Oakland, San Francisco, and Los Angeles where drug addicts can use illicit drugs under medical supervision. Senate Bill 73 lowers the criminal penalties on users and dealers of heroin, opiates or opium derivatives, salts, cannabis, phencyclidine (PCP), and other dangerous drugs. Still promised, but not yet introduced, is a bill Wiener says will legalize all psychedelic drugs such as LSD and magic mushrooms.

Wiener insists America’s war on drugs has not only failed to eliminate illegal drug use and addiction, but drug criminalization is racist because drug laws disproportionately harm “black and brown communities” by increasing their incarceration rates. “The War on Drugs and mass incarceration are policy and public health failures,” Wiener said in a recent press release.

But for others, who admit the country’s efforts to curb the use of harmful drugs via law enforcement hasn’t solved the problem, legalizing deadly drugs defies logic. This is especially baffling in California, where state legislators pride themselves on banning products and services that are much less dangerous.

“How is it that California is considering legalizing LSD or lowering criminal penalties for heroin dealers, while at the same time it outlaws single-use plastic bags, curbs the use of plastic straws, or seeks to eliminate fossil fuels we all depend upon because of their danger to humans and nature?” California Family Council Director of Capitol Engagement Greg Burt asked. “Shouldn’t the government protect us from drug cartels notorious for getting rich on the backs of the destroyed lives of every race? If you care about protecting racial minorities, shouldn’t you outlaw drugs that are killing them at higher rates?”

Safe injection sites, as proposed by SB 57, are not new. Australia and Canada have been operating centers for years, but not without problems. “Safe injection sites have not delivered on their promises and have caused a significant increase in trash, crime, and disorder,” writes Christopher Rufo with the Heritage Foundation.

Philadelphia was planning on opening the nation’s first safe injection site, but last week the U.S. Court of Appeals for the Third Circuit ruled that the injection center violated a federal statute dubbed the “crack house” law. This law, passed in the 1980’s, outlawed establishing any location to unlawfully use controlled substances. But according to Philadelphia Inquirer, the new Biden administration is expected to ease up on enforcement, especially if Biden’s choice to lead the U.S. Department of Health and Human Services, California’s Attorney General Xavier Becerra, is approved. Last July, Becerra joined a multistate amicus brief supporting the Philidelphia case to open its illegal drugs injection site.

Now back to SB 73. Read Wiener’s public pronouncements supporting SB 73 and you will see he is trying to mislead people on what the bill does. He says the bill will end mandatory minimum sentencing requirements for many drug offenses, but he only talks about the users and addicts who will not be required to go to jail for possession. Yet pull up the language of the bill and you will see the text also removes minimum sentencing for “possessing for sale,” “forging or altering prescriptions,”  and “agreeing to sell or transport” hard drugs. Wiener obviously isn’t eager to reveal his bill removes mandatory jail time for drug dealers, but that is what his bill does. 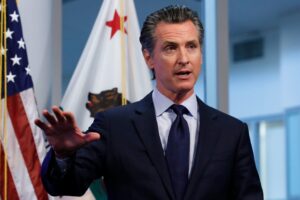 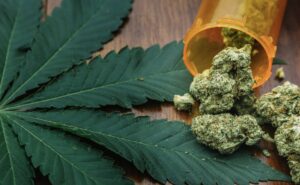 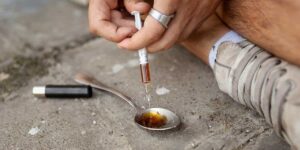