On Wednesday, the Senate passed the Coronavirus Aid, Relief and Economic Security Act, or “CARES Act,” with a 96-0 vote. And on Friday, the House of Representatives passed the bill, and it was promptly signed into law by President Donald Trump the same afternoon.

The $2.2 trillion relief bill represents the largest stimulus package in our nation’s history. The passage of the CARES Act mean that millions of Americans will be receiving one-time, $1,200 checks as part of the stimulus package – although there is a cutoff on who is eligible for aid. Here’s what the CARES Act means for individuals and families, businesses, as well as non-profit organizations.

According to Market Watch, the CARES Act states that single “Taxpayers making up to $75,000 in adjusted gross income will receive $1,200 checks, and $500 for each child.

After the $75,000 per individual threshold, the money starts to phase out, and is reduced by $5 for every $100 that an individual makes above the $75,000 threshold, according to an analysis of the bill from Senator Chuck Grassley’s office.

CNBC reports that individuals should start receiving receiving their stimulus checks in as little as three weeks, according to Treasury Secretary Steven Mnuchin.

According to the Tax Foundation, roughly 140 million households will receive a stimulus check, averaging at $1,523.

According to NPR, “This bill adds $600 per week from the federal government on top of whatever base amount a worker receives from the state. That boosted payment will last for four months.“

Small businesses with 500 or fewer employees will have access to $350 billion in partially-forgivable loans, to help ensure that small businesses do not lay off employees.

According to Market Watch, “Business can receive loans up to $10 million based on how much the company paid its employees between Jan. 1 and Feb. 29.

The loans will carry an interest rate up to 4%. The bill provides for an expedited origination process.

If the business uses the loan funds for the approved purposes and maintains the average size of its full-time workforce based on when it received the loan, the principal of the loan will be forgiven, meaning the company will only need to pay back the interest accrued.”

According to the Department of Labor, “For COVID-19 related reasons, employees receive up to 80 hours of paid sick leave and expanded paid child care leave when employees’ children’s schools are closed or child care providers are unavailable. Employers receive 100% reimbursement for paid leave pursuant to the act.“

According to NPR, “This bill creates a new, temporary Pandemic Unemployment Assistance program through the end of this year to help people who lose work as a direct result of the public health emergency.”

Hospitals and health systems will get access $100 billion in emergency grants.

According to the Washington Post, the emergency grants will help “provide protective equipment for medical workers, ventilators for patients, testing supplies and new construction to house patients.”

$16 billion will go to the Strategic National Stockpile to increase the availability of equipment, including ventilators and masks. It also boosts hiring for vital health care jobs during the public health crisis and speeds the development of a vaccine, treatments and faster diagnostic.

According to NPR, the bill includes, “$11 billion for diagnostics, treatments and vaccines, and $4.3 billion for Centers for Disease Control and Prevention programs and response efforts.

The Food and Drug Administration will receive $80 million in order to prioritize and expedite approval of new drugs.”

According to the Non-Profit Times, “The bill creates a new above-the-line deduction that applies to all taxpayers for total charitable contributions of up to $300. The incentive applies to donations made in 2020 and would be claimed on tax forms next year.”

The loans can cover the costs of payroll, operations, and debt service, and provides that loans be forgiven in whole or in part under certain circumstances, according to guidance from the National Council of Nonprofits. The loans would be eligible to be turned into grants. “Access to emergency loans will help keep the doors of many nonprofits open, so they can continue serving their communities,” said Tim Delaney, president and CEO of the National Council of Nonprofits. 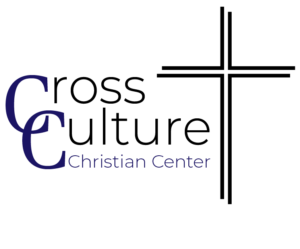 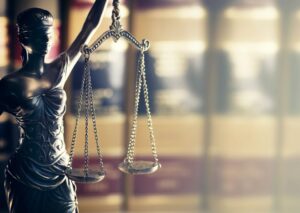