In a recent survey conducted by the New York Times, the primary Democratic presidential candidates all expressed support for late-term abortions.

Despite “Only 1.3 percent of abortions take place at 21 weeks or later, and the reasons are heartbreaking,” she said. “20-week abortion bans are dangerous and cruel. They would force women to carry an unviable fetus to term or force women with severe health  complications to stay pregnant with their lives on the line.”

Sheila Page, D.O., is board certified in Neuromusculoskeletal Medicine and Osteopathic Manipulative Therapy confirmed that a preborn child responds to sensory input as early as 7 weeks. Page says that by 10 weeks a preborn infant has many of the same much of the same identifiable anatomical features as an adult.

In an interview with LifeNews, Page noted:

I can’t begin to understand a motivating force behind insisting that pre-born children feel no pain. The arguments are often centered on a false supposition that there is a pain perception center in the cortex that is not functioning or intact until as late as 26 weeks. There is simply no evidence that this is true. Almost all of the pain fibers terminate in the reticular activating system, and a small percent connect in the thalamus to neurons that travel to the sensory motor cortex for the purpose of localizing the pain. This means that the message is delivered to its intended destination, the lower brain centers, which are responsible for the perception of pain and for alerting the whole nervous response system that damage has been inflicted.

Only seven countries allow wholesale abortions after the 20 week period, among them China and North Korea. With the recent legalization of late-term abortion in New York, the United States now has more states than there are countries in the world that have legalized late-term abortion. The United States should not be setting this kind of an example. Thankfully, twenty states have passed laws restricting abortions after 18-20 weeks, but there is clearly still much work to be done. 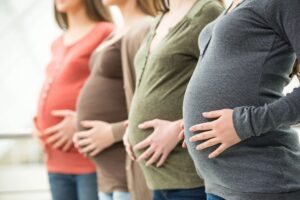 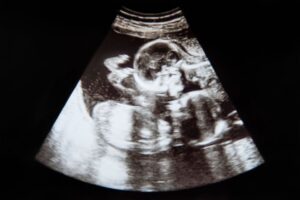