In the middle of a Civil War, President Abraham Lincoln issued a “Proclamation of Thanksgiving” on October 3, 1863. Prior to Lincoln’s proclamation most states marked their own separate dates for celebrating thanksgiving.

Sarah Joseph Hale, the editor of the Godey’s Lady’s Book Magazine wrote a letter to Lincoln a week before the “Proclamation of Thanksgiving” was made official. She noted to Lincoln that the public was already celebrating their own Thanksgiving traditions, albeit on separate dates, but that there was much interest in the creation of one official holiday that Americans across the United States could observe together.

The year that is drawing towards its close, has been filled with the blessings of fruitful fields and healthful skies. To these bounties, which are so constantly enjoyed that we are prone to forget the source from which they come, others have been added, which are of so extraordinary a nature, that they cannot fail to penetrate and soften even the heart which is habitually insensible to the ever watchful providence of Almighty God. In the midst of a civil war of unequalled magnitude and severity, which has sometimes seemed to foreign States to invite and to provoke their aggression, peace has been preserved with all nations, order has been maintained, the laws have been respected and obeyed, and harmony has prevailed everywhere except in the theatre of military conflict; while that theatre has been greatly contracted by the advancing armies and navies of the Union…

…I do therefore invite my fellow citizens in every part of the United States, and also those who are at sea and those who are sojourning in foreign lands, to set apart and observe the last Thursday of November next, as a day of Thanksgiving and Praise to our beneficent Father who dwelleth in the Heavens…

In the middle of modern day Thanksgiving traditions – the family gatherings, football, turkey, and travel – it’s important to reflect on our Nation’s past and be thankful among many other things, for the freedom we enjoy. 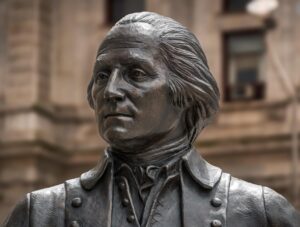 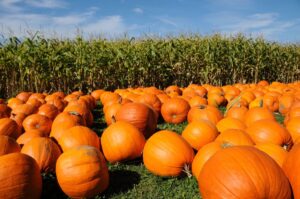