Most shockingly, ACR 99 goes so far as to blame the so-called “stigmatizing beliefs” of these individuals and organizations for the high rates of depression and suicide in the LGBT community. The resolution was a direct follow up to last year’s AB 2943 which California Family Council worked to defeat due to similar constitutional concerns. We strongly encourage you to read ACR 99 for yourself.

Thankfully, several senators recognized the serious legal flaws ACR 99, particularly its attack on the First Amendment. Senator Andreas Borgeas (R-Fresno) stated that even though the resolution didn’t have the force of law, “we are treading into freedom of speech territory that I think should concern all of us. When an individual seeks therapy or guidance before a religious leader, whether it be a mosque, a temple, or a church, that’s a private setting…To disallow or create the pathway where we tell individuals they can not say certain things should give us pause.”

Senator John Moorlach (R-Irvine) rose to warn legislators of the clear religious liberty implications of the legislation. He acknowledged that he does not support all of the counseling methods sometimes categorized as “conversion therapy.” But, “how can we foreclose on spiritual counseling when someone is on a journey and honestly inquiring about wanting to change and wants professional assistance?” Moorlach asked his fellow senators.

Senator Hannah Beth Jackson (D-Santa Barbara) implied change therapy discriminates against those who identify as LGBTQ. “Until recently, the interpretation of the First Amendment was that one religion could not impose itself on other religions,” she argued. To say “one should have religious freedom to discriminate against others is a relatively new concept.”

These slanderous statements were simply bizarre. ACR 99 does not clearly define so-called “conversion therapy.” It does not even mention psychologists, psychiatrists, or mental health professionals. Instead, it targets churches, counselors, and even formerly LGBTQ Christians. Sadly, these vitriolic and bigoted attacks on California’s faith community went largely unchallenged.

Just before the vote, Senate Minority Leader Shannon Grove (R-Bakersfield) rose to tell her colleagues she thought the resolution was simply to remind pastors to be loving and compassionate to LGBT identified people. While not mentioning the concerns raised by her Republican colleagues, Grove focused on the part of the resolution that called on “religious leaders to counsel on LGBTQ matters from a place of love, compassion.”

Grove later told California Family Council she had worked hard to organize meetings with Assemblyman Low and evangelical pastors in opposition to last year’s AB 2943, but she saw encouraging signs in this year’s resolution. “I’ve spoken before pastor groups all over the state,” Grove told other Senators, “and if they don’t counsel from a position of love and compassion and knowledge, then they shouldn’t be counseling people in that area.”

While the final result on ACR 99 was deeply disappointing, there are signs of hope. Stay tuned for several key updates on the next steps and our strategy moving forward. 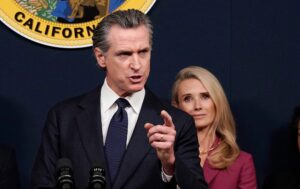 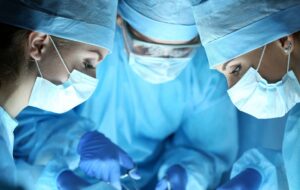