A current employee who came forward and confirmed that Google does indeed censor conservative viewpoints was quickly punished by the company after the video interview in which he “blew the whistle” was published.

Google engineer Gregory Coppola interviewed with Project Veritas’ James O’ Keefe stating his belief that Google News and Google’s search engine incorporated biased algorithms. He also claimed that Google CEO’s testimony before Congress in December of 2018 was factually misleading. Hours after the video was released to the public, the Google engineer was placed on administrative leave.

Google has chastised those employees who have gone against its agenda. In 2017, Google fired engineer James Damore after he wrote a memo about the company’s “ideological echo chamber.” In 2019, Republican engineer Mike Wacker was fired after he complained about the hostile attitude in the corporate culture toward conservatives.

If Coppola is let go, he will be the third public victim of Google’s inherent bias toward conservative engineers. Coppola openly admitted in his interview with O’Keefe that he “liked Trump and liked his policies.” He stated that the search engine relies too much on biased news outlets to feed its users negative news on Trump.

Coppola started himself a GoFundMe, stating that he has been suspended and will likely be fired for expressing his views. The GoFundMe has since stopped accepting donations, with more than $20,000 having been raised in three days. In his request for donations, Coppola stated he will dedicate the use of the funds towards “spend[ing the next] four months publishing content about issues in politics and technology.”

Coppola said during the interview, “I look at search and I look at Google News and I see what it’s doing and I see Google executives go to Congress and say that it’s not manipulated. It’s not political. And I’m just so sure that’s not true.”

Coppola stated he is a senior software engineer at Google who works on artificial intelligence and the Google Assistant. He continued:

“I have a PhD, I have five years’ experience at Google and I just know how algorithms are. They don’t write themselves. We write them to do what we want them to do.”

Google is currently the subject of one of the Department of Justice’s antitrust investigation for its lack of transparency and bias against conservatives. 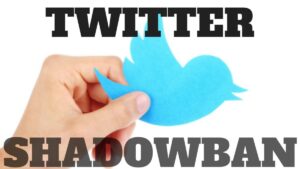