Recent polls have shown that the majority of Americans do not approve of abortion, especially not late-term abortions. The Trump-Pence administration has been one of the most pro-life administrations in our history.

So where do the large number of Democratic 2020 presidential candidates who are planning on challenging the Trump-Pence administration stand on the issue of abortion? The short answer is that all of the most notable Democratic presidential candidates have either expressed support for, or remained largely silent on the issue of late-term abortions. An article published by Politico in April and updated in May illustrates this fact concisely.

In their own words:

CORY BOOKER: “I support the law of the land as it stands right now which is Roe v. Wade.” -IOWA TOWN HALL

PETE BUTTIGIEG: “But there is no decision more personal for a lot of women than this one. I believe that a male government official like me does not belong in the middle of decisions that are best left to women and their doctors.” -FOX NEWS

JULIAN CASTRO: “We can protect a woman’s right to make her own decisions about her body because for women, access to reproductive healthcare is an economic issue.” -TWITTER

JOHN DELANEY: “I support abortions later in the pregnancies, which I think is the right term when it is an issue of the woman’s health, when the mother has a significant health care issue.” -REALCLEARPOLITICS

KIRSTEN GILLIBRAND: “There is zero place for politicians to be involved in these very complicated medical decisions, and they should only be made between a woman and her doctor — period, full stop.” -CNBC

KAMALA HARRIS: “I am sick and tired of Republican politicians restricting women’s access to reproductive health care, especially abortion. We have got to build a coalition of Americans who will fight to ensure women get the care they need.” -TWITTER

JOHN HICKENLOOPER: “I think that the Supreme Court has already drawn that line and that in this country, women are allowed that final decision of those issues that most directly affect their health care. ” -NBC

AMY KLOBUCHAR: “I believe in Roe v. Wade, and those rights that we have there, those are the rights of our country. Of course, there are limits there in the third trimester that are very important about, except for the health of the woman, there are some limits there. I think overall what we want to do is make sure that women have the rights, right, to make their own decision.” -FOX NEWS

WAYNE MESSAM: “I think it’s settled law in terms of a woman’s right of choice and I respect that settled law.” -WBUR

BETO O’ROURKE: “I think those decisions are best left to a woman and her doctor. I know better than to assume anything about a woman’s decision, an incredibly difficult decision, when it comes to her reproductive rights.” -PRESS GAGGLE

TIM RYAN: “A doctor’s office is for a woman, her family, and her physician—not the government. Full stop.” -TWITTER

BERNIE SANDERS: “What lawmakers in Tennessee and Georgia are trying to do is unconstitutional. When we are in the White House, we are going to protect a woman’s right to control her own body.” -TWITTER

ELIZABETH WARREN: An aide for Warren said in a statememt to CNBC that she is “committed to protecting a woman’s right to choose and believes that politicians shouldn’t interfere in choices that are between a woman and her doctor.” -CNBC

MARIANNE WILLIAMSON: “Other than the injunction against sex with chidren which is universal and I think we all agree with, except for that one, I do not believe the government should be telling people to do with their bodies, what they must do or what they must not do.” -WMUR

Certainly, then Presidential candidate Donald Trump and his Vice Presidential running-mate Mike Pence’s firm stance in support of life rightly played an important role in their successful 2016 campaign. The 2019 Gallup survey reveals that American’s attitudes and support for abortion has only declined since 2016. If Democratic candidates hope to be successful they need to recognize the importance of embracing pro life values and promising to continue to support pro life legislation.

It’s clear that the radical pro-abortion stance isn’t going to fly, even with a more liberal party. Perhaps it’s time that Democrat leaders really listen to the people, and accurately represent their constituents. Believing in the sanctity and dignity of all human life should be a bipartisan issue, and it’s time for Democratic party leaders to begin treating it as such. 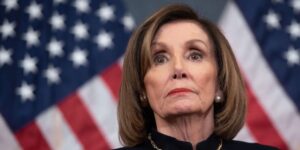