When it relates to the latest radical brand of Comprehensive Sexuality Education (CSE), apparently virtually no topic or issue is too much or too soon for the American Civil Liberties Union (ACLU).  So, how young is too young to initiate the indoctrination process for children in advanced, graphic, extreme, and highly controversial theories about sex and sexuality, including gender identity and sexual orientation?  According to the far-leftist ACLU’s recent letter to the Oceanside Unified School District (OUSD), this is perfectly age-appropriate for five or six-year-olds, and perhaps even younger.

The ACLU’s letter complained that OUSD had inappropriately suspended the K-6th grade sexuality education program and demanded that the district reinstate it as soon as possible.  The sex program that the ACLU wants taught to the little kiddies was created by Advocates for Youth (AFY), a far-leftist sexual advocacy organization. AFY’s 3Rs curriculum is one of the more extreme CSE programs that was developed in the wake of the 2015 California Healthy Youth Act (CHYA). OUSD had appropriately pulled the K-6 3Rs program from instruction last year, after many parents complained, and after OUSD conducted a survey confirming that most parents and teachers thought the program was not age appropriate for younger children.

The NCLP’s legal memo also describes the radical worldview behind the ACLU’s effort to partner with Planned Parenthood, SIECUS, and Advocates for Youth to promote extreme early sexuality indoctrination.  The memo explains that these far-left organizations hold to the controversial belief that children have “inalienable sexual rights.” This includes a “right” to learn about the full catalogue of sexual feelings and behaviors.  It also includes the “right” to radical sexual self-determination and autonomy—for children to decide on their own who they are sexually and whether to engage in the whole catalogue of sexual behaviors—separate and apart from the “backwards influence” of their parents and faith communities.

In truth, their radical goals are anti-child, anti-parent, anti-marriage, anti-abstinence, and anti-family. They boldly employ Marxist terminology, including the idea of overthrowing and replacing the gender binary (ending maleness and femaleness). Ideas have consequences. And the destructive consequences of these extremely bad ideas will be far-reaching.

“These extreme Marxist sexual revolutionaries don’t care a whit about families, children, or cultural or religious values,” stated Dean Broyles.  “Through the intentional pervasive indoctrination of our children as a captive audience in public schools, they want to destroy and replace the Judeo-Christian worldview, which has served as the firm foundation of Western Civilization for thousands of years.

For them, tolerance isn’t mutual—it’s a one-way street. In fact, tolerance, inclusiveness, and diversity—once their buzzwords—are now casually cast aside in service of their radical revolution.  Nor do they actually care about the rule of law—the Constitution and its protection of parental rights, the free exercise of religion, and freedom of speech is actually a barrier to their dark plans.

Their authoritarian goal is the absolute and total indoctrination of our children—as a means of transforming culture and changing our future. We had better pay careful attention here. If we love kids, value the truth, and desire a healthy future, we must wake up and engage this existential evil.”

You can read the powerful NCLP legal memo here. 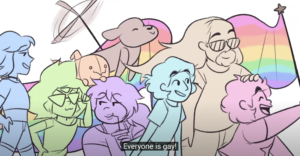