“As a doctor, I am proud to lead our organization as we deliver life-saving care to two and half million people every year,” Wen said in response to several questions from the CBS show hosts.

“Women’s health is health care, and health care shouldn’t be political,” Wen said, while simultaneously asserting that Planned Parenthood is “about saving people’s lives.” Obviously this is a substaintially false claim given the fact that Planned Parenthood is the single largest provider of abortion in the United States, resonsible for more than 321,384 abortions last year. The number of abortions committed by the abortion giant last year brought the total to over 7.6 million babies killed by Planned Parenthood since it legally began performing abortions in 1973 following the Roe v. Wade decision. 7.6 million is a catastrophically large number, but that’s not even taking into account the number of babies aborted by Planned Parenthood illegally, before the Roe v. Wade decision decided by the United States Supreme Court.

Wen is a former emergency room doctor and Commissioner of Health for the City of Baltimore. She has already played a very active role in stirring up controversy since taking over as the new head of Planned Parenthood.
When Planned Parenthood released a video on their YouTube channel introducing Dr. Leana Wen as their new president, she took the opportunity to use an example of a botched abortion she had witnessed during her time as an emergency room doctor to advocate for more abortions. Apparently the already astronomically high number of abortions commited since Roe v. Wade isn’t enough for Wen. She think the number should be higher, because more abortions equals more money for Planned Parenthood.

“And it’s a future where all people are treated the same, that all people have the right to health care, and where it’s a society where we trust women and we trust all people to make the best decisions for themselves and their bodies,” Wen said. “I can’t believe it’s 2018 and we’re still debating birth control. People want more health care, not less,” she said.

Since 2015, Planned Parenthood has come under heavy scrutiny for its involvement in the sale of aborted baby parts. Last year the Department of Justice launched an investigation into Planned Parenthood’s corrupt business practices. 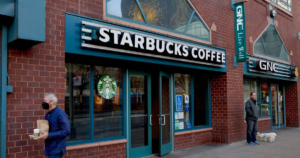