Today, pro life Congressman Jim Jordan (R-OH) announced he plans to run to be the next House Minority Leader, challenging the current Minority Leader, Kevin McCarthy (R-CA). Jordan wasted no time in giving the announcement following the midterm elections in which the Democrats took over the House.

In an interview with Hill.TV’s Buck Sexton on “Rising,” Jordan harshly criticized the current GOP House leadership, saying not enough change has taken place while the Republicans maintained a majority in the House of Representatives.

“In 2016, the American people elected Republicans to come here and change this town. I think the president is doing just that, but I don’t think they see the same intensity from folks in Congress, folks in the House of Representatives,” he continued.

Jordan expressed his frustration that the Republicans failed to engage in more debate with House Democrats during the past two years.

“Now that we’re in the minority, that’s about all we can do is debate, but fight hard in the debate for the principles, for the things that we know the American people sent us here to do in 2016. Show them that we deserve to be back in power in 2020,” he said.

Jordan’s comments come just hours after his win over his challenger in the 4th Congressional District of Ohio.

Throughout his time in Congress, Jordan has consistently demonstrated a strong support for the sanctity and dignity of human life. In 2015, Jordan questioned the then CEO of Planned Parenthood over their unethical and illegal sale of aborted baby parts, and has always supported defunding Planned Parenthood. 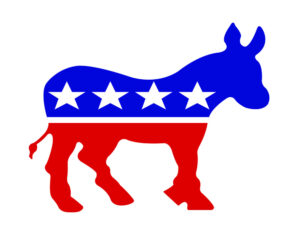