Justice Anthony Kennedy has officially retired and lots of attention is being directed at who will fill his vacant spot on the Supreme Court bench.

Judge Amy Coney “the dogma lives loudly within you” Barrett is reportedly one of the top finalists on Trump’s shortlist of potential picks. Trump promised that all Supreme Court nominees during his presidency will be chosen from the list of twenty-five individuals. President Trump chose current Supreme Court Justice Neil Gorsuch from the list in 2017.

“When you read your speeches, the conclusion one draws is that the dogma lives loudly within you,” said Feinstein. “And that’s of concern when you come to big issues that large numbers of people have fought for, for years in this country.”

There was justifiably a huge backlash against Feinstein’s comments, but rather than retract them and issue an apology, Feinstein instead is doubling down on her statement, while unsuccessfully trying to explain away her obvious prejudice for people of faith.

Ultimately, Barrett was confirmed to the U.S. Circuit Court of Appeals roughly eight months ago.

On Monday, the The Daily Caller News Foundation broke the news that “Multiple sources involved in the selection process inside and outside the administration told The DCNF that the most serious consideration is being given to Brett [Kavanaugh] and Amy [Coney Barrett], two conservative justices included on Trump’s previously released list of potential nominees.”

Liberals are decidedly unhappy at the thought of Barrett on the Supreme Court bench and are doing all they can to trash her reputation and label her as a “dangerous religious extremist.”

Barrett’s name has been especially pushed by leaders in various nonprofit organizations.

President Trump has stated that he will reveal his nominee by July 9th and has already spoken with six or seven top contenders on the list thus far. 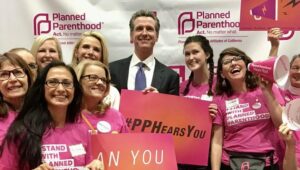