Last Tuesday, beyond frustrated parents decided to pull their children from San Diego Unified School District over the school’s continued refusal to replace its sex education curriculum that is completely inappropriate for children.

“The sixth grade curriculum includes lessons on gender identity, birth control, the stages of sex, STDs, HIV and pregnancy. Parents are calling the material “too much, too soon” and age-inappropriate,” according to the Daily Caller. 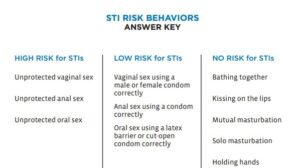 (This photo is taken from new 6th grade sex ed curriculum for SDUSD).

In eighth grade, the curriculum is very heavily focused on gender identity and sexual orientation. The first lesson is entitled “Blue Is for Boys, Pink Is for Girls … or Are They?” and is on gender and gender identity. The second lesson is also on sexual orientation and gender identity, and discusses how feelings and actions supposedly shape one’s sexual identity. Students are also taught to avoid certain terminology that is offensive to those with gender dysphoria, and to “red flag” it. In the fifth lesson, students are instructed to compete in a “Jeopardy”-style game in teams to answer STI- and HIV-related questions, and then relate what information they learned from the game. Students are also taught to use various forms of contraception including abortion inducing drugs.

“We’re going to ask them to suspend this new curriculum because it’s not a curriculum for the adolescent brain, it’s an adult curriculum,” said mom Angela Beaver.

State Shuts Down Church Preschool for Not Masking Toddlers

State Shuts Down Church Preschool for Not Masking Toddlers