Twitter initially banned an ad promoting a radio interview between a Christian talk radio station, and well known Christian author Ryan T. Anderson on the topic of transgenderism. Anderson is the author of Truth Overruled: The Future of Marriage and Religious Freedom and the co-author with Princeton’s Robert P. George and Sherif Girgis of What Is Marriage? Man and Woman: A Defense.

Anderson’s most recent book is entitled: When Harry Became Sally: Responding to the Transgender Moment.

Apparently, Amazon has stopped shipping Anderson’s new book, according to one of his tweets.

Weird. @amazon has stopped shipping my book. After an entire week of mailing it, it has reclassified it as net yet released. What gives @amazon? https://t.co/8KanwWd0tk @EncounterBooks

Issues Etc., a Christian talk radio show,  attempted to run an ad highlighting the February 7 interview with Anderson. But Twitter blocked the attempt, citing its Twitter Ads policy which dubbed the ad as “hateful content.” According to Twitter’s Ad policy, Twitter Ads bans any kind of “hate speech or advocacy against” people groups, individuals or organizations based on things such as sexual orientation, gender identity, race and other identifiers.”

Twitter claims my radio interview with @IssuesEtc is “hateful content” and so they rejected IssuesEtc ad campaign. Give the interview a listen. Decide for yourself. https://t.co/6ijt54naTw @EncounterBooks pic.twitter.com/e3jIyDPAPx

Twitter is deliberately censoring points of views with which it disagrees.

Ryan Anderson took this opportunity to point out the hypocrisy of the left.

Twitter has the right to not promote messages it disapproves of. But the baker? Bake the cake, bigot. https://t.co/Sm641ce2LK

After about a week of disapproving the ad, Twitter finally approved the ad by Issues according to a tweet from them around 3pm yesterday.

After about a week and initially disapproving our ad as "hateful content," Twitter has approved our promotion of our interview with Dr. Ryan Anderson on his new book, "When Harry Became Sally: Responding to the Transgender Moment." LISTEN here: https://t.co/y5CU2dRnJT pic.twitter.com/LdXHTLTkNj

One of Anderson’s colleagues came to his defense. Emilie Kao, the director of the DeVos Center for Religion and Civil Society at the Heritage Foundation, argued in a tweet that Anderson is simply shining a light “into an area that has been shrouded in secrecy for too long.”

“Telling the truth about gender dysphoria, including the mistreatment of it through puberty blockers and surgeries isn’t ‘hateful content,'” Kao, who worked for the State Department’s Office of International Religious Freedom during the George W. Bush administration, contended.

This is certainly not the first time that Twitter has censored conservative content. A report released last month by James O’Keefe’s Project Veritas revealed that Twitter employees has been guilty of blocking entire accounts based solely on the accounts political philosophy. The report consists of undercover video investigations. In one of the videos, a Twitter employee stated Twitter’s algorithms are skewed to deliberately target people with certain viewpoints, according to the Daily Wire. Sing even stated that the majority of the algorithms were designed to ban Republicans. The effect is that it appears as if no one is engaging with an account’s content, but the reality is that no one is seeing it due to the algorithms. 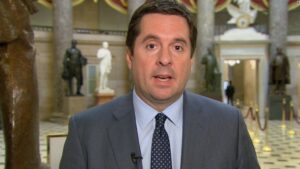