Last week, California Family Council published an article with the exciting news that Governor Sam Brownback was once again nominated to fill the position of International Religious Freedom Ambassador. We are happy to report that he has been confirmed by the Senate for this position.

As detailed in our previous article, Governor Sam Brownback was chosen by the Trump administration to be the United States Ambassador-at-large for international religious freedom and his nomination was stuck in limbo for months now. Trump first nominated Trump for the position in July. So much time passed that Trump once again named Brownback for the position, and last week, Governor Brownback was again nominated by the Senate Foreign Relations Committee. Yesterday, Brownback was confirmed by the entire Senate as the official Ambassador-at-large for International Religious Freedom.

“Sam Brownback’s confirmation will significantly boost our nation’s efforts to help those around the globe who are persecuted and targeted for genocide because of their religious faith.  As ambassador, he will have more authority and resources to prioritize religious freedom programs, and elevate the issue in our foreign policy. One immediate way he can do this is by building on the progress made during Vice President Pence’s recent visit to the Middle East where religious liberty has deteriorated significantly.

“From the very beginning of his administration, President Trump has been intentional about his desire to pick up the torch for religious liberty, first trying to secure it for Americans here at home through his executive order and other directives.  Yet the president has also highlighted the persecution that many suffer around the world because of their faith.  We applaud President Trump’s nomination and the Senate’s confirmation of Sam Brownback to promote religious freedom around the world, a significant accomplishment which helps fulfill the president’s promise to address this issue,” concluded Perkins.

Senator James Lankford also praised the move. “I’m pleased that the Senate voted today to confirm Governor Sam Brownback as the Ambassador-at-Large for International Religious Freedom at the State Department,” said Lankford. “The violation of the basic human right of religious freedom is under attack all around the world, and religious minorities are being oppressed and killed. We have witnessed the genocide of Christians, Yezidis, and Shia Muslims in Iraq and Syria at the hand of ISIS. We have seen an attempted ethnic cleansing of Rohingya Muslims in Myanmar. American citizens, like Dr. Andrew Brunson, have been unjustly detained in prisons around the world.

Lankford was instrumental in Brownback’s nomination, sending a letter in April 2017 recommending that President Trump hire an Ambassador for International Religious Freedom. Lankford was a co-sponsor of the Frank R. Wolf International Religious Freedom Act, a bill designed to strengthen the US’ effort to combat persecution of religious minorities.

Vice President Mike Pence in his role as President of the Senate cast the tie-breaking vote in 50-49 in Brownback’s favor. All Democrats were opposed and two Republicans were absent.

Democrats are Realizing Talking Openly About Abortion Hurts Their Campaigns 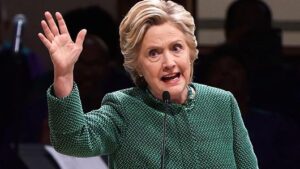 Democrats are Realizing Talking Openly About Abortion Hurts Their Campaigns