On Tuesday, November 14th, President Trump tweeted that he intends to name Alex Azar, former law clerk to the late Justice Antonin Scalia as the next Secretary of the Department of Health and Human Services.

Azar will be replacing Tom Price, the former Congressman who resigned his position back in September.

While on a trip to Asia Trump tweeted, “Happy to announce, I am nominating Alex Azar to be the next HHS Secretary. He will be a star for better healthcare and lower drug prices!”

According to the Center for Responsive Politics, Azar has contributed to the political campaigns of Mike Pence, Mitch McConnell, Orrin Hatch, Lamar Alexander, Jeb Bush, and Donald Trump. Azar has also criticized Obamacare as “a fundamentally broken system,” according to the Washington Examiner, and in a Bloomberg interview in June said that HHS has latitude “to make it better.” That being so, Azar has certainly not been as vocal of an opponent of Obamacare as former Secretary Tom Price. It is also unclear what Azar’s stance on abortion and family values might be – an important issue to consider given the huge impact that the head of HHS wields.

She said: “Students for Life of America is pleased to see that the Trump Administration’s pick to lead Health and Human Services has a career distinguished with connections to intellectuals like Justice Antonin Scalia and Judge J. Michael Luttig, but we will be looking not at his history but at his agenda as head of an organization that controls so much of American healthcare. Abortion is not healthcare, and in Obamacare, we’ve seen Americans coerced into the service of the abortion industry, through mandates and coverage that force people to comply with an anti-life agenda or face the force of law. We hope that day one, Alex Azar begins to restore life-affirming care to our healthcare system, rather than abusing people’s consciences and wallets in service of Planned Parenthood and its allies.” 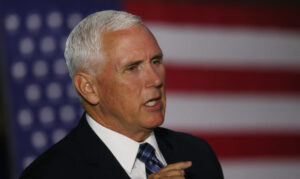