Rick Lynch, a decorated U.S. Army retired Lieutenant General, shares what he believes to be the path to inner peace in his new book, Work Hard, Pray Hard. According to an Amazon description of the book, which references history and the Bible often, “Work Hard, Pray Hard explores seven steps that will put the true power of faith into action, in your life, every day. God is there to give hope to those who need it, peace to those who seek it, and fearlessness to those who desire it.” In a time when political correctness often overshadows truth, Lynch is refreshingly honest and open about his beliefs and what he understands as crucial to living a happy and fulfilled life.

According to CBN News, Lynch elaborated further on humility, just one of the many topics addressed in the book:

“Part of that is this idea of humility because you are not nearly as good as you think you are,” he said. “I do believe that the ground is level at the base of the cross, so the fact that I was a three-star general is not that important. The fact that I want to touch lives and make a difference every day — that is what God wants me to do.”

The Lieutenant General, who boasts 30-plus years of military experience, reflects on how he acquired his motto, which also serves as the title of his book. Years before, as a Colonel, Lynch had a life-changing conversation with James Marsh, a young officer who worked under him. Although James has since passed on, the memory of James remains with Lynch, along with that conversation.

According to Hello Christian, Lynch recalls:

“…One day he [James] leaned over and said ‘Colonel, I got this figured out.’ I said, ‘What do you mean James?’ He said it’s ‘work hard pray hard.’ That was the first time I ever heard that and it stuck with me every day since then,” Lynch said.

In an article he wrote for Fox News, Lynch elaborates further on the importance of prayer in his life:

The way I calm my fears and anxieties in the face of VUCA (VUCA stands for “Volatile, Uncertain, Complex and Ambiguous”) situations is the same at home as it was on the battlefield: with prayer. Daily prayers were the source of my strength and courage throughout all of my combat experiences, and for those who resist the notion that prayer can actually make a difference… almost half of my life was lived without a strong relationship with God, so I know the difference between my before-prayer life and after-prayer life—and I sleep a whole lot better at night now than I ever did back then.

Lt. General Rick Lynch advocates the way to find inner peace in the middle of the uncertainties of our current crazed culture is prayer. It’s hard to argue with the Lt. General, as his years of experience and success would lead one to believe he’s definitely latched onto something – not necessarily new, but still important – and that many of today’s leaders are sadly missing. The product of years of work, wisdom and life experience, Lynch’s book will be an encouraging addition to any American’s library, and a great reminder of the power and necessity of prayer. 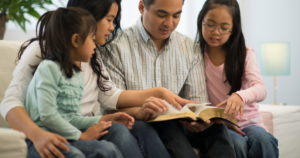 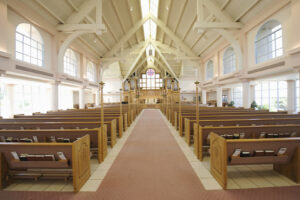