On December 6th two little Californians were given a new chance at life. Eva and Erika Sandoval, who have lived as conjoined twins for two years of life, became two separate toddlers after a 17 hour surgery earlier this month. The Thoracopagus twins (twins who are joined at the chest), shared a bladder, liver, pelvis, digestive tract, and a third leg. Each girl had to undergo extensive reconstruction surgery after the successful separation surgery.

After Aida Sandoval, the twins mother, learned early in her pregnancy that the twins were conjoined, she had an important decision to make. According to KCRA.com:

Aida Sandoval and her husband Arturo learned weeks into pregnancy that the twins were conjoined.

The Sandovals had the option to terminate the pregnancy, and doctors warned the couple that Aida would be risking her own life to give birth.

“Why would I bring them into this world knowing they are going to suffer? But then I think, why not give them a chance?” she said. “They are really fighters. I think that’s what keeps me going because they want to.”

The chances of conjoined twins are rare, somewhere between “1 in 30,000 to 1 in 200,000 pregnancies, according to Stanford Children’s Health. A majority of twins die in the womb, while half of the twins born die within 24 hours.” Erika and Eva survived against the odds, and grew into happy, energetic girls, full of life despite their seven-limbed condition. The Sacramento Bee reports that the twins:

…contracted more than two dozen urinary tract infections, a side effect of their shared bladder that required frequent hospitalizations. Eva grew physically larger than Erika and often dragged the smaller girl around as they played. Doctors worried that the growth disparity would become dangerous as the girls aged and advised the family to opt for separation.

Aida and Arturo Sandoval, the girl’s parents, took them to Lucile Packard Children’s Hospital in Stanford, California, where they entered surgery surrounded by a team of more that 50 medical professionals. According to lifenews.com, Aida was pleased with the outcome of the operation:

“It’s amazing how strong these girls are and it’s amazing what their team performed,” Aida Sandoval said. “Seeing them now in the ICU, you look at them and think ‘You’re missing your other half’ but we know that this is the right path for them: to be independent, have the chance to succeed and explore on their own everything the world has to offer.”

Lead surgeon Dr. Gary Hartman was also pleased with the result, remarking that the team “…set them up so that if everything heals well, they may not need any further surgery,”

The twins are on their way to recovery, and have now been able to visit one another for the first time not as one baby, but two. 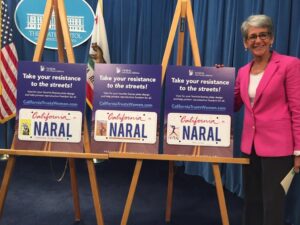